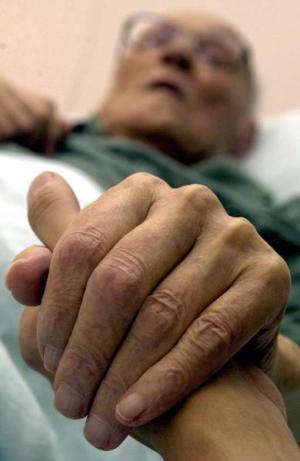 JAMA just came out with a theme issue subtitled Death, Dying, and End of Life.  Here are some quick thoughts and first reactions.  I got through the viewpoints and stories.  I left a lot on the table for another day, including great work by Atul Gawande, Alexi Wright, Holly Prigerson, Justin Beckelman, Zeke Emanuel, Saul Becker, Leora Horwitz, and Joel Weissman.

Theme: On the one hand, it’s great that JAMA is finally paying attention to these issues. Kudos. On the other hand, we’ve put in hard work in palliative care to change the frame from “death, dying and end of life” to “living well with serious illness”.  Wouldn’t it be nice to see a theme issue about promoting quality of life for people with serious illness and their caregivers?

Point and counterpoints on physician assisted death.  On the pro side we have Tim Quill, Tony Back, and Susan Block (I’ll call it the Quill piece).  Against is a viewpoint by Tony Yang and Farr Curlin (I’ll call it the Yang piece).  I’m deeply ambivalent about this subject.  After my dad was diagnosed with fatal brain cancer, my parents were very pro.  My mom even organized a book signing in Michigan with Tim Quill.  Since training in palliative care, all requests for help to die so far have gone away with treatment of reversible sources of suffering (physical, social, psychological).  So far. I worry about those who will take short cuts.  I grew up with Kavorkian.    I worry about the vulnerable.

Legal summaries of physician assisted death.  There are a couple of good legal summaries of the physician assisted suicide laws in various states (here and here).  Missing from this conversation (ahem): perspectives of California physicians.  The piece about California was written by people at Brown.  It’s a good piece.  But why JAMA did you reject our viewpoint?  Or if not our viewpoint, solicit perspectives of other California physicians?  OK, I’m over it now.  Really.

Canada.  Wonderful piece by Harvey Chochinov (he of dignity therapy fame).  Harvey is chairing the Canadian External Panel exploring options for a legislative response to the Canadian Supreme Court ruling that physician assisted death must be legal.  He notes the contradiction between the Supreme Courts ruling physician assisted death should be legal as a deeply personal response to pain and suffering, and the reality that majority of people who chose physician assisted suicide where legal do so out of existential concerns and need for control – not physical suffering.  Jerry Brown’s reasoning was similar (pain) when he signed the law in California.

Rational use of ICU’s at the end of life.  Awesome piece by Derek Angus and Robert Troug.  They propose 5 strategies to improve use of the ICU for seriously ill and dying patients:

Make Medicare hospice “open access.”  This is a nice plea from Oreofe Odejide to expand hospice to allow concurrent use with disease directed care.  The poignant case of a  66 year old with a blood born cancer who obtains relief of fatigue and bleeding from transfusions of blood and platelets, disallowed by many hospices due to lack of affordability.

An attack on POLST.  Authors are Kendra Moore, Emily Rubin, and Scott Halpern.  I’m a friend of Scott’s and work professionally with him. So while I mostly disagree, rather than elaborating extensively, I’ll quote Laura Petrillo, who responds to Moore’s assertion that POLST “may actually curtail patient-centered decision making when applied more broadly.”  Laura writes, “We need to encourage advance care planning for a lot more than resuscitation preferences (to the degree that that is possible).. but why the extreme injunction to curtail all POLST implementation/use as a quality metric? Instead of pointing a finger at POLST we should be questioning our status quo of aggressive resuscitation in advanced illness. The POLST is a necessary reaction so that people don’t get assaulted by EMS! And it’s an interesting thought, but there’s no evidence (that I know of), that POLST completion limits other kinds of conversation.  It’s conjecture.”  I will say that a nurse researcher was just in my office who was very disappointed in the quality of the POLST conversation a clinician had her sick relative.  There is anecdotal reason to be concerned.  On the other hand, I’ve seen many wonderful conversations evolve from the decision to complete a POLST.  Those are important anecdotes too.  Let’s not throw out the baby with the bathwater.

What would mom want?  Author Teddi Anderson Curry.  Oy.  Vey.  This is heavy.  And great reading.  A daughter is asked by a relative to consider administering a fatal dose of morphine to her mother, dying of COPD.  Would her mother have wanted it?  This piece speaks eloquently of the potential emotional and moral cost of ending another’s life.

Hope is that Thing With Feathers.  Author Larry Kripe.  Great story about an oncologist learning hard lessons about hope.  Though I’m an amateur birder and gardener too, I didn’t really get the Emily Dickenson bird analogy.  Can someone explain it to me?