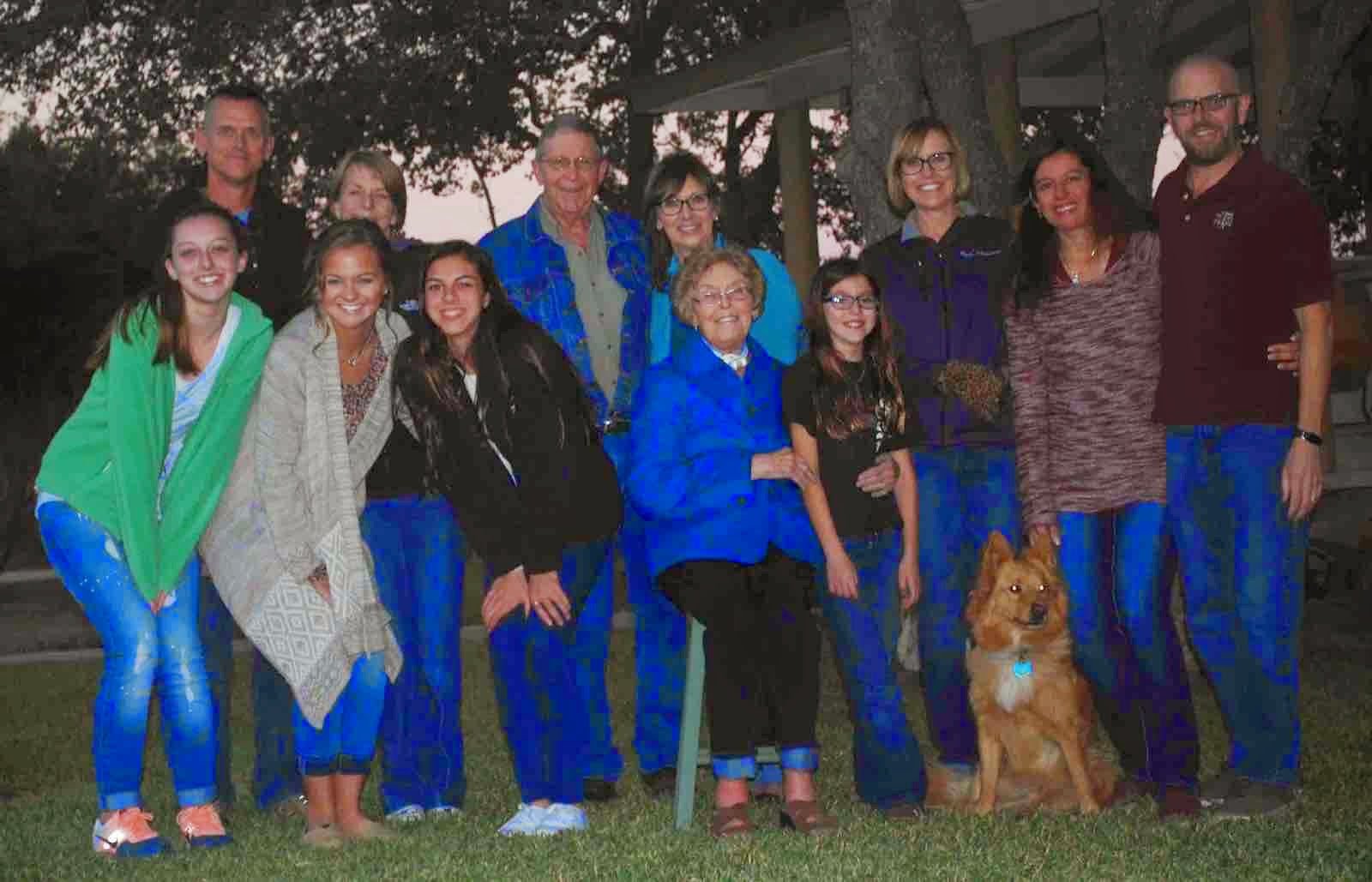 This blog post is part of the world series of blogs. Dr Jeanette Ross is a Geriatrician and palliative medicine specialist who is a Pallimed contributor.

On a regular basis I am meeting with patients and families at crucial times of their lives and helping them make decisions. So far I had been very fortunate that nothing really serious had happened to anyone in my family. In August of 2014 my mother in-law “Chica” was diagnosed with laryngeal cancer, she subsequently had a total laryngectomy and reconstruction of the larynx in September which included a 4 week long hospital stay (due to some complications and wound healing issues) and another 11 days in rehabilitation.

The following are the lessons learned from my experience as one of several caregivers helping with my mother in law’s care while continuing my typical duties as a mother, wife, and physician. In the spirit of the baseball World Series here are nine innings worth of lessons:

1. Meet with your loved ones and know their wishes, and health information

Even though I have been part of the family for 15 years I really did not know enough details of Chicas health until she asked me to be her alternate medical power of Attorney last summer. We had “the talk” in which I was able to get a good feeling for what made life worthwhile living and what was important to Chica. I started a list of all her medical problems, surgeries, allergies, medications, names and contact information of physicians and pharmacies.

We always carried copies of the list and brought it to appointments and when checking in the hospital for surgery. It was all different medical records at the ENT-oncologist, Plastic surgeon, cardiologist, primary care and endocrinologists and the list always proved very helpful. It makes a lot easier to write see the attached list on the forms, or pass it on to the person inputting the information in the computer.

If you are thinking of changing your documents don’t put it off, before it becomes an emergency. Chica had considered changing her will for several months and in addition of the shock of learning she had cancer it became a relative emergency to contact her lawyer and change her will and other pertinent documents.

2. You are only ready to hear so much

Chica usually went by herself to appointments, however coincidentally she was accompanied by one of her sons and family the day the ENT delivered the news she had cancer. Her doctor was very kind to in addition give my husband and me a call to explain to us the physician family members what the diagnosis and plans were. Having been so many times in the bearing side of the news I was a little stunned to be on the receiving side of the bad news. Subsequently several of us accompanied Chica to these initial appointments with the specialists performing her surgery.

Having several people made it easier for all of us to understand the proposed procedure and ask questions about what to expect about recovery and what life would be like. It seemed that even though the physicians were doing a great job explaining the planned procedures, It was a good thing to have several people there because we all remembered different aspects of the conversation and asked different questions.

3. Social Media can be a good source of support and to get information.

One of the first things I did was to join a couple of the available support groups for Laryngectomees (Lary’s) in Facebook. The groups were closed and I requested membership. Once I joined I described that I was there as a family member of a laryngectomee. The Strictly Speaking administrator and other members warmly welcomed me and encouraged to ask questions to the group. They suggested I look at the website WebWhispers.org which turned up being very useful because there was a great wealth of resources including instructions for care after laryngectomy, suppliers, tips for humidifying air, getting a bracelet, getting a TTY telephone etc.

From the other laryngectomee care group I found about this doctor who wrote a guide to living after a laryngectomy. He is a pediatrician but he had a laryngectomy

I also read his other book in the kindle app that talks about his experience with laryngeal cancer (My Voice: A Physician’s Personal Experience With Throat Cancer). I was reading this one while I was accompanying Chica a few days after her laryngectomee. He highlighted some of the challenges he had while in the hospital and medical errors. We followed some of his strategies like writing down the questions for the doctors ahead of time.

As a family member you are the biggest advocate for your loved one. One day as I was leaving to the hospital my husband said “don’t be too tough of the doctors and nurses” I told him that if Chica was in pain I was going to be tough. As family member we were on top of calling the nurses for suctioning, assistance with pain, anxiety, etc. With some complications during the hospitalizations we sometimes ended up changing floors and rooms, and while the major issues were addressed like breathing and heart rhythm problems, sometimes other details got missed on like when the last bowel movement was. Honestly if I was in charge of the hospital I would make sure everyone got asked about their bowels daily. I would also give patients the option of waving a flag like this one: 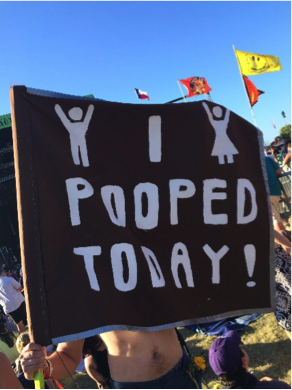 Ok I admit that I saw this flag at the Austin City Limits festival and have been waiting months for the opportunity to use it.

5. Use of Technology to communicate

It was very challenging for Chica to communicate at first. She had her larynx removed so she couldn’t talk and she had her right arm in a cast and immobilized because that had been the site from where muscle had been removed, she also couldn’t start using an electrolarynx right away while her tissues healed. So essentially she was left with the non-verbal language and using her non-dominant left hand to communicate.

6. Caregiving sandwich, learning to say No! And letting go

I am also the parent of a high school freshman and a 4th grader and found myself just barely getting everything done. I usually like to feel like a very bold an empowered woman who can do it all. I had to get better about saying NO this is interesting but I can’t do that at this time! I also had to let go of things that are usually somewhat important to me like making the bed. And yes we ended up eating a lot of to go food but so what! Don’t judge me.

I also learned to ask for help. My colleagues were wonderful in helping with some of my duties of clinical coverage so that I could take 1-2 days during the week to be with Chica at the hospital.

7. Caregiver as a cheerleader

Rehabilitation is hard and without loved ones cheering you on it would be easy to just do nothing. When you are so worn out and deconditioned from a prolonged hospital stay even small things like getting out of bed and walking within the hospital room seem to be big chores. Chica’s two occupational therapy objectives were seemingly simple #1 to go to the bathroom by myself and #2 to take a shower by myself and #3 to go home to Rockport. The objectives #1 and #2 were achieved prior to leaving rehab. #3 took a few months but she did it!

Chica said she felt very encouraged when we were there being supportive and cheering her, like when we asked her to get out of the room and walk to the nurses station and then clapped and celebrated with her when she actually did. As a family we got organized to take turns so that Chica would have a companion every day in the hospital. Some of my family members had to use the FMLA benefit at their work.

8. Live where you are happy

Initially when we had met with the ENT we asked about his thoughts of Chica returning to live by herself after having a laryngectomy. He said he would not recommended. Thinking about not living on her own was very disturbing to Chica and she struggled with it but made peace of the idea of having to sell the house and relocating closer to family in San Antonio. The whole rehabilitation process was very long and she temporarily moved in with one of her daughters. However after a few months she went back home to Rockport and had a person who had been housesitting stay with her. She was very happy to be back with all her friends. Her friends were patient in trying to understand her using her electrolarynx or even writing like in a loud restaurant. Eventually Chica decided to stay put living on her own. We knew this may not be as safe as having her closer where we could help but living on her own was definitely was the happier option.

Bottom of the Ninth!

9. Crazy and hectic times can be good!

In the middle of all the craziness these were both the best and the worst of times. Here are some examples of touching moments: 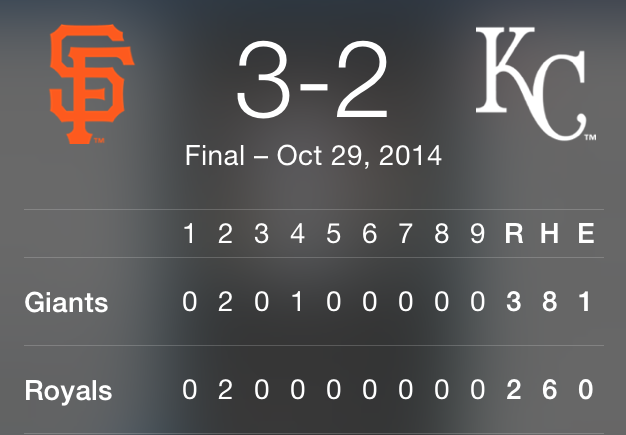 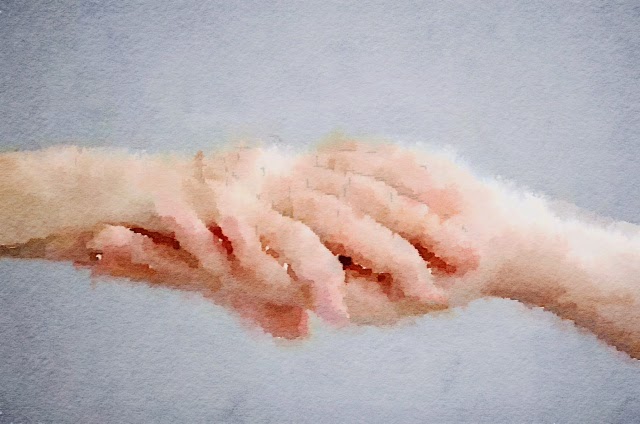 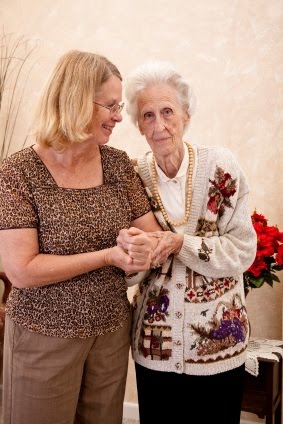 The Dementia Caregiver: Improving their Mental Health and Quality of Life

There are few harder things than being a caregiver for…