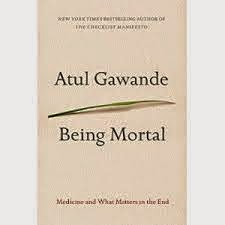 Atul Gawande is expanding the conversation about care at the end of life with his new book, Being Mortal. Will people take notice?

The introduction to his book came a few days ago in his opinion piece “The Best Possible Day,” in the New York Times. It fueled a series of emotions for me and I reread his 2010 New Yorker article “Letting Go: What should medicine do when it can’t save your life?”

As a doctor who recently finished training in internal medicine, I had many stories like his from my time in the hospital. I saw patients and families who would go to great lengths to try to extend their life in spite of an exceedingly poor prognosis.

They continued to plea, “What else can we do?” and “What other therapies exist?“ Many aggressive treatment options were offered, despite the fact that it was unclear how much these interventions would extend their life, and many times they produced complications including pain, infections, and the inability to interact with their families.

It seemed to me that we were doing something wrong. Perhaps we were answering their questions incorrectly. Or maybe we, as physicians, weren’t asking the right ones.

I was particularly affected by what I saw in the intensive care units: numbers of frail, older adults who spent their final days on mechanical ventilation, with uncomfortable tubes and lines in their bodies. Their families kept asking for more options, more treatments, just anything that could give them a chance to live longer.
We, as physicians, fumbled through discussing the more appropriate questions during these difficult times:

• How did their loved one want to spend his final days?

• If the patient knew he would die in one day, a week, a month or six months, how would he want to spend that time? 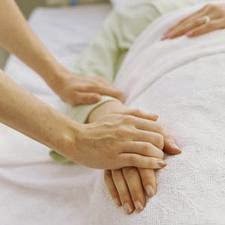 Now that I am in my specialty training in Geriatrics, the care for older adults, I know that the culture has to change. We have to become better at these conversations.

Not all decisions are weighted equally at the end of life. Some interventions offer no benefit and yet we use them, just to feel as if we are trying something. As a trainee, I am often nervous to not offer everything we have in our toolbox because I have learned from a scientifically-advanced medical culture that this is how we do things.

How does a cultural shift happen? Perhaps, it just takes one person who people respect to speak up- maybe a physician, who specializes in cancer surgery, who had his own struggles with the way his father died.

What if that person, who began speaking to us about this in The New Yorker years ago, was able to inspire a wider audience by being on The Daily Show with Jon Stewart, and writing one of this week’s most viewed articles on The New York Times website? Maybe, with Atul Gawande’s encouragement and his new book released today, we can begin to reframe our goals for dying and allow our patients to choose the way they live.

I’ve downloaded his book today on my kindle, and I welcome your comments as you read along beside me.