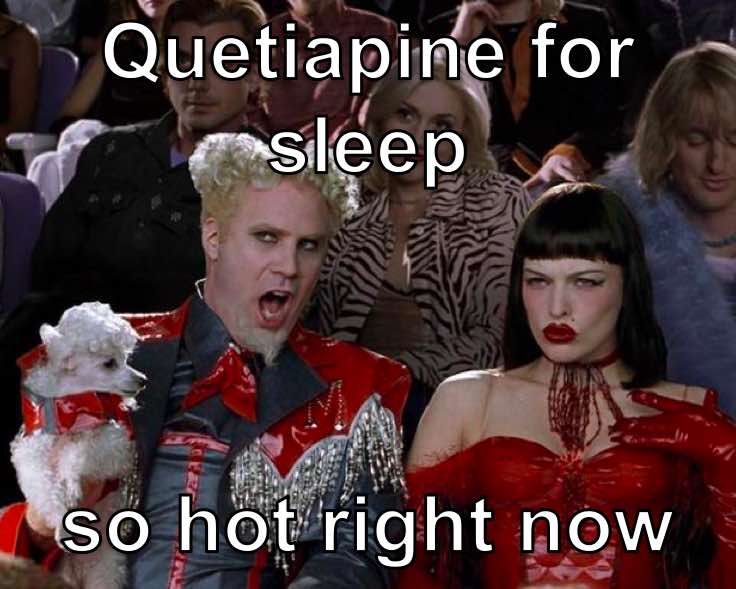 Sleep.   It’s sometimes hard enough to get enough at home with all the distractions of daily life.   It’s only made more difficult in the hospital setting.

We’ve seen a lot of interventions to help with this that generally consist of pills, because as compared to changing the environment or culture of the hospital, as it’s an easy intervention.  However, most of these have little to no evidence that they work. 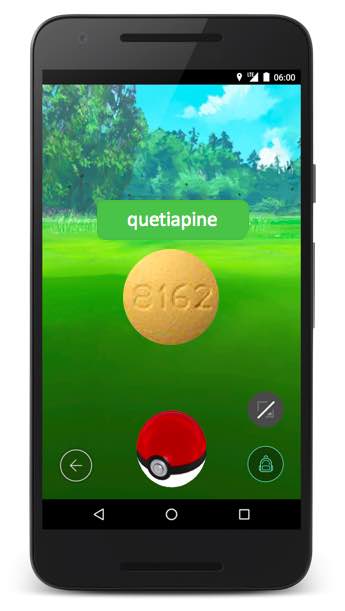 The latest one that I just saw in the hospital was prescriptions for quetiapine, an antipsychotic, for sleep.   I thought to myself, well that’s odd.   Hopefully this won’t become a thing.   I’m sad to say, just like Pokémon Go, it has.

A study came out last week in JAMA IM titled “Off-label Use of Quetiapine in Medical Inpatients and Postdischarge.”   The authors prospectively enrolled all inpatients 60 years or older between December of 2013 and April of 2015 from a teaching hospital in Quebec, Canada.

One of the authors then looked at all of the medical records for quetiapine prescriptions, dosing, and indication.    If they didn’t have a comorbid psychiatric condition (eg, schizophrenia, major depressive, or bipolar affective disorder) or evidence of delirium it was assumed that they were receiving night time dosing of quetiapine for sleep.

Seriously.  Antipsychotics for sleep.  Really, is this the best we can do to help with sleep in the hospital?  If you want to read a good case of why this is just bad practice, take a look at the Teachable Moment case from that same JAMA IM issue.

Is this a thing at your hospital too?