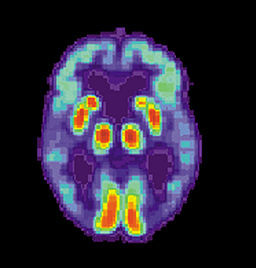 The problem, as the article notes, is that treatments for Alzheimer’s dementia are not effective.  The test is about knowing for sure – period.

I’m interested to hear what other folks think about testing.  We at GeriPal are obviously big proponents of estimating prognosis (see ePrognosis), but testing for Alzheimer’s strikes me as both similar and different at the same time.

Knowing your prognosis can help with a whole host of decisions, such as medical decisions like screening for cancer, or life decisions such as spending time with the grandkids while you’re still able.  Testing for Alzheimer’s may also help clarify such health decisions and life choices.

But do you really need to take the test, at a cost of several thousands of dollars out of pocket, to know?  If you’re showing early signs of dementia, then it is most likely Alzheimer’s (Alzheimer’s is overwhelmingly the most common cause of dementia).  And what shines through in the stories from the New York Times is the sense of helplessness experienced by the people who find out.

Perhaps the problem is a reflection of our sad state of palliative options for people with dementia.  We have no cure for the disease, and can’t even slow its progression.  But we also have too little to offer in the way of palliation for those living with the disease.  And our society offers almost nothing in the way of support for the families who care for people with Alzheimer’s, who struggle in isolation, untrained and unprepared, at a major financial cost.

Insurance wont pay for this.  In New York the affluent are paying $3,750 for the scan.  Eli Lilly makes Anvid, a dye that binds to the Beta Amyloid plaques in the brains of people with Alzheimer’s and lights up in a PET scan.  One worries too that the testing industry is profiting off of people’s fear.

So…what do you think?