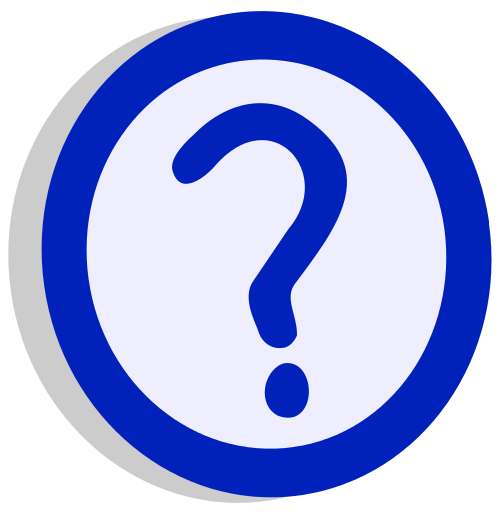 Foreword: The views expressed in this essay are my own and do not reflect the opinions of the GeriPal Blog editors and other GeriPal contributors participating in Choosing Wisely.  I support the ultimate goal of Choosing Wisely and have the highest respect for those working on this important endeavor.

Choosing Wisely is a campaign led by the American Board of Internal Medicine (ABIM) Foundation with strong collaboration from specialty societies representing nearly all medical disciplines and support from various health and health care organizations.  Choosing Wisely seeks to reduce wasteful and unnecessary health care services.  The underlying premise is that health care is too expensive due largely to waste and unnecessary utilization.  Berwick and Hackbarth (JAMA 2012) demonstrated that 20% to 50% of expenditures are wasteful.  Choosing Wisely seeks to address several categories of waste that are particularly expensive for Medicare and the broader health care system (e.g., overtreatment) and those categories of waste that physicians can be strong advocates for improvement (e.g., failures in care coordination and in execution of care processes).  Targeting physicians makes sense because their decisions ultimately account for over 80% of all health care expenditures.  Choosing Wisely appeals to an individual doctor’s sense of medical professionalism and belief in evidence based medicine.

The design of the Choosing Wisely campaign is elegant (each medical society identifies five specific decisions that lead to waste or harm as defined by best clinical evidence) and action-oriented (each is specifically described and stated in the language of professional directives).  The Choosing Wisely campaign has been very careful to avoid any notion of cost control, government or insurance-based rationing, or weighting of group over individual good.  Their focus group data, in addition to a recent study in Health Affairs (February 2013), suggests that doctors and patients will react instinctively and negatively to any campaign grounded in claims for societal  good or distributive justice.  To remove any doubt that Choosing Wisely is based on professionalism rather than rationing, Jon Tilburt and Christine Cassel recently published a Viewpoint in JAMA (February 2012) titled, “Why the Ethics of Parsimonious Medicine is Not the Ethics of Rationing.”  They make the narrow claim that rationing is about limiting potentially beneficial resources ‘due to resource scarcity’ for societal good while parsimonious medicine is about ‘delivering appropriate health care that fits the needs and circumstances of patients’ and that ‘avoids wasteful care when that care does not benefit patients’.  At its simplest level the difference between parsimonious care and rationing is a focus on individual needs versus societal good.  The politics of the Choosing Wisely campaign is quite intelligent.  Most Americans frown on central planning (whether by governments or monopolistic capitalism), believe that medical decision making should occur primarily at doctor-patient encounter, and have a romantic obsession with the early 20th century ideal of medical professionalism.  Choosing Wisely is on the right side of each of these normative beliefs about medicine and health care.

Despite all these strengths, I believe the Choosing Wisely campaign will ultimately only be a minor success.   Despite remaining a darling of public opinion, it fails to address the primary drivers of waste, especially drivers of overtreatment by physicians.  My judgment is based on the emphasis Choosing Wisely has placed on medical professionalism and its exclusive focus on physicians’ “good, sound judgment.”  One might ask, how is parsimonious medicine any different from how doctors are supposed to act now?  How effective has professionalism been over the past half century in reducing costs and waste? For example, most physicians understand that common back pain (without alarm signs or symptoms) does not warrant extensive imaging (e.g., MRI) unless it persists for many weeks.  The doctor can talk about evidence suggesting very low risk of something serious occurring balanced against the potential harms of a diagnostic test, and some personalized discussion of costs (e.g., copays).  However, when the patient states that he’s in severe pain and his wife told him to demand an MRI, relates a story about his uncle whose doctor misdiagnosed his metastatic prostate cancer, and that his copay is only $50; the distinction between rationing and parsimoniousness becomes quite blurred for the treating physician.  This patient isn’t rare. He is your typical medical consumer (despite his romantic notions about professionalism)–who is neither quality nor cost conscious.  Quite frankly the financial incentives for both doctors and patients are weighted towards overtreatment and against shared and informed decisions, and Choosing Wisely does little to shift these incentives.  Furthermore, Choosing Wisely has ignored the elephant-in-the-room which is the perception among many doctors that defensive medicine drives overtreatment decisions.  The perception of defensive medicine is critical (not the actual prevalence of malpractice-aversion) and this perception should be a central theme of the professionalism push by Choosing Wisely.

No matter how much the Choosing Wisely campaign wants to avoid arguments about resource scarcity—this is simply why the campaign began in the first place.  Our health care system (government, insurers, providers, and patients) is spending too much for the quality of care that is received.  While I agree that government based rationing is un-American and unlikely to take root; I simply don’t believe in the quaint and romantic notion of parsimonious medicine changing health decisions.  The Choosing Wisely campaign should be set within the context of a high cost, high waste, and comparatively lower quality health care system.  The target should be quality-consciousness at the patient level and focused equally on patient and physician drivers of over-utilization–beyond patient education.  We should be clear that rationing is the issue, but rationing at the individual doctor-patient encounter not the societal level.   A patient who doesn’t benefit from an MRI for his uncomplicated back pain (based on the evidence) but still demands one—should be charged a significantly higher copayment for choosing a low quality (but anxiety averting) option.  Doctors that act transparently within an evidence-based pathway should be shielded from not only frivolous lawsuits but also the rare cancer case that presents as uncomplicated low back pain.  Diagnostic or treatment decisions based on quality-conscious, patient-centered communication do not occur frequently within American health care, however such decision making represent the most ‘American’ form of medical rationing.  One might even call it the beginnings of an actual, functioning health care marketplace.