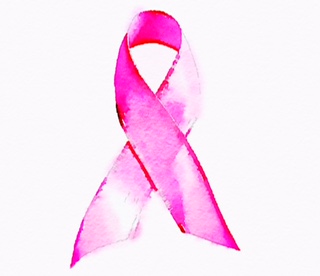 Her name was Faith, at least for the purposes of this reflection.  The night before she died, Faith knew that she was going to die and told the hospital nurses that she was would be dying soon.  She was able to articulate her needs, see her family and quietly die the next morning.  In her mid-fifties, Faith encountered a long journey with breast cancer that lead to metastasis in other areas of her body, including her bones.  Long before the hospitalization, Faith cried while anticipating a bad result from an MRI that turned out to be more positive than negative at that time with little progression of her cancer.   She had an uneven course after that with more illness progression.  Unfortunately, her disease proved to be quite strong and deadly.

Our society seemed to ignore and then to glamorize breast cancer.  Pink ribbons, moving stories of beautiful, bald young women with small children and fund-raising walks do not capture the full extent of life and death with cancer.  They do not explain the loneliness of living with children and other family members who are struggling to take care of themselves and too heavily depend upon their once steady mother and grandmother who is now too tired to cook, work, or take care of her home.  They do not explain the sudden stopping of gainful employment and good paychecks that are replaced by Social Security Disability in the amount of roughly $900 a month, which cannot begin to hold back the foreclosure that is pounding on her mind.  They do not illustrate the vomiting, hair loss, fatigue, tingling and numbness in the extremities or depression that come related to chemotherapy and radiation.

What can possibly help in this world of pain, loss, poverty and impending death?  Tending to symptoms and side-effects, a hug, resources to advocate such as a pro bono attorney with experience in foreclosures, applying for grants, prayer, outreach phone calls, collaboration with the team members who are also feeling helpless, hearing that the oncology team bought anonymous holiday gifts for a patient, listening to a daughter’s anger as she railed against the medical team whose members operated and she believes, made things worse.   Telling the EMS staff who said “your doctor must be the Candy Man” in response to seeing a list of pain medications and a too-somnolent patient that this patient has stage four breast cancer with metastases all over her body.  Wishing my hands would not shake on the computer as I tried to pull up her medication list because I had found her almost unresponsive.  Wishing to ask the young, seemingly healthy EMS staff how he would feel if his bones were full of cancer, if he had to wear oxygen, if he were going to lose his home for the crime of getting cancer and if he were facing his own death.  I was too distracted at the time to strongly challenge him but he should know that this woman is not simply an poor woman who lives in a home with challenges but that she provided strong advocacy for many people in her job, that she is the head of a large family, that she adores her pets, that she worked 70 hour weeks before becoming ill, that she is afraid to die, that she loved to laugh, that she matters.

Many of our patients need at least $40,000 to help them catch up on past-due rent and mortgages; electric, gas and water bills and unpaid medical bills.  Some need much, much more.  Applying for financial assistance, food stamps, Medicaid, and cancer grants can help reduce some of the financial pain.

Sick days for those who have paid leave time and a steady home can be reassuring, as they snuggle into covers and make tea.  What about those whose sick days are every day, are unpaid, and involve a barrage of past-due bills, threats of homelessness, societal judgement, increased poverty and fear of death?  There is no glamorous pink ribbon here.