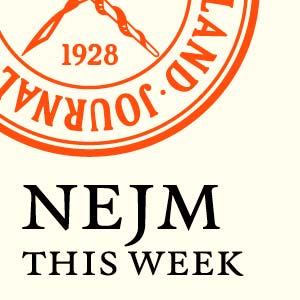 There is an important article in the current issue of the New England Journal of Medicine authored by Dr. Susan Mitchell, a Geriatrician at Harvard Medical School and Hebrew Senior Life. The article has important implications for how we approach and treat advanced dementia in the nursing home and hopefully will spur providers to provide care that reduces and avoids suffering and improves the quality of life of their patients.

The context and importance of the Mitchell study is wonderfully illustrated in the accompanying editorial from Dr. Greg Sachs of Indiana University. Dr. Sach’s tells the poignant story of his Grandmother’s decline from dementia, who he notes “had little in the way of comfort or company towards the end.” He notes, “now some 30 years after my grandmother’s death, end-of-life care for dementia does not look all that different from the treatment she received.”

Dr. Mitchell followed 323 patients with severe dementia in various Boston nursing homes. Generally, these patients could not recognize family members, were highly dependent, and had an average MMSE score of 6. These findings apply to very advanced dementia, which is very common in nursing homes. The key points of the study are as follows:

—Advanced dementia is a terminal diagnosis. 55% of patients died over 18 months

—The symptom burden was high, especially as the end of life approached. For example, 46% had dyspnea, and 39% had pain in the last 18 months. (These were almost certainly underestimates as they are based on provider reports).

—Potentially burdensome treatments (hospitalization, ER visits, IV therapy, or tube feeding) in the last 3 months were very common–41% had at least one of these

—-When family members understood that the prognosis was poor and understood the types of complications that could occur, the use of burdensome treatments decreased dramatically.

—Hospice was underutilized. Only 30% of those who died were referred, and about a quarter of these a week or less before death.

Hopefully, recognizing that end stage dementia is a terminal condition will result in improved care—care focused on the quality of life of patients and the needs of their families. Mitchell’s findings suggest that communication with families is often poor—It is likely that many families would choose to avoid burdensome hospitalizations and “treatments” such as tube feeding if they understood the burdens and marginal potential for benefit. Even when such therapies are continued, palliative care should generally be offered simultaneously. The difficulty estimating prognosis has often prevented hospice referral in patients with dementia. This study helps by showing that pneumonia seems to signal an average 6 month survival in advanced dementia.

Unfortunately, some aspects of Medicare hospice policy in practice can have the effect of obstructing good care for patients with advanced dementia. This includes (1) the difficulty obtaining hospice when the family wants both palliative care and traditional disease focused care and (2) the limitation of hospice to patients with a six month prognosis—Mitchell’s findings clearly show patients need palliative care long before the final six months. The availability of hospice does not relieve nursing homes of the responsibility for providing effective palliative care.