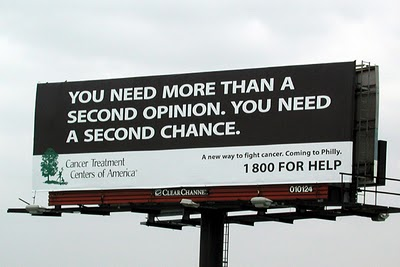 This is the third post to be loosely inspired by our recent trip to the Coalition for Compassionate Care of California (see here and here for the first two).

Let’s take, just for example, the Cancer Treatment Centers of America.  I know nothing about this company, really, other than their advertising.  But here are some examples of their advertising: 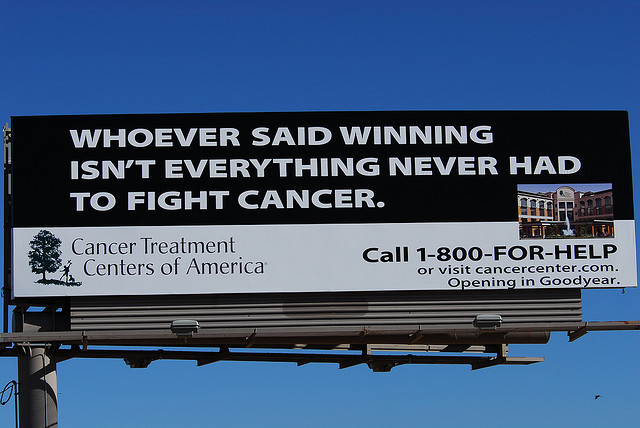 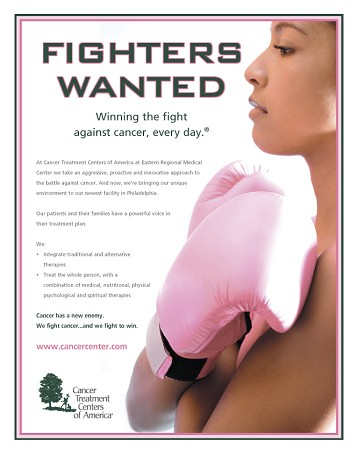 Palliative care is not one of the 21 services listed on the Cancer Treatment Centers of America Treatments page.  Thanks to some further digging by Eric Widera, try sticking “advance care planning,” or “advance directive,” or “POLST” into their searchbox.  Nada, nothing, zilch.

And hospice?  Here is what they say about hospice:

Hospice is not a treatment option for cancer, but rather a means to improve the quality of life of cancer patients, and patients with terminal illnesses.

Hospice is not a treatment option for cancer?  For most advanced cancers, treatment is directed at palliating the symptoms and possibly prolonging life by small amounts of time.  Hospice certainly is a cancer treatment that accomplishes the former, and maybethe latter.

So here is the question – are companies such as this meeting consumer demand, or creating markets for themselves?  It’s probably some of both – with both patients and physicians conspiring together in reinforcing fantasies of hope.  And it may be very profitablefor companies like the Cancer Treatment Centers of America to meet and amplify consumer demand.

This reminds me of the recent studythat showed patients with incurable cancer who thought chemotherapy would cure them rated their doctor less favorably than patients who believed chemotherapy might cure them.

So sure, it may make patients more satisfied in the short term.  We can sell this type of hope.  Maybe it’s even easier, in the short term.  But at what cost?  Will patients and families look back and say “thank you” when their hopes are not fulfilled?  Or will it end in the ICU…

James Tulsky wrote a paper called, “Hope and Hubris” in the Journal of Palliative Medicine a decade ago.  In it, he expounds on Webster’s two interpretations of hope: the first based on trust; the second on “desire accompanied by expectation of or belief in fulfillment.”  The second type of hope requires that expectations be fulfilled, and is unlikely to be met by offering a cure to patients with incurable conditions.

However, even for patients who have a faith-based belief in cure despite the communication of realistic prognostic information, we can build and support hope, in the first sense, by building trust.  As he says in the conclusion of the article:

The physician who spends time with the patient, is honest but compassionate, and expresses empathy offers a hopeful presence even in the face of bad news.

Now that’s the type of hope companies should be selling.

Sorry, no podcast this week. Rather, we are asking a…