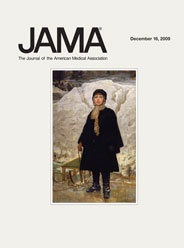 The current issue of JAMA reports on the largest trialever conducted for a drug designed to slow the progression of Alzheimer Disease (AD). The study examined the impact of Tarenflurbil, a novel secretase modulator that reduces the concentration of toxic forms of B-amyloid. B-amyloid is more likely to be present in the brains of persons with AD, and most believe amyloid deposition plays a central role in the pathogenesis of AD. (Though there are some who question the amyloid hypothesis.)

Tarenflurbil showed great promise in mouse models and in a phase 2 study in humans. This very well powered study randomized 1684 patients with mild AD (MMSE 20-26) to Tarenflurbil or placebo, and compared a number of outcomes over 18 months. The key findings:

There was much reason to invest hope in Tarenflurbil, because it is the first agent to be tested in a large scale clinical trial to directly interfere with a process thought to be linked to the progression of AD. Unfortunately, this study is quite convincing that this agent does not improve outcomes in mild AD.

That leaves us with the current agents, acetocholine esterase inhibitors and memantine. The extent of benefit from these agents is somewhat controversial. Most of my colleagues in the UCSF Geriatrics Divisionbelieve the benefits are generally quite small, with side effects that are underrated. The most beneficial treatments for AD, as discussed in a recent post, are team based interventions that have major psychosocial components, including a focus on caregivers.