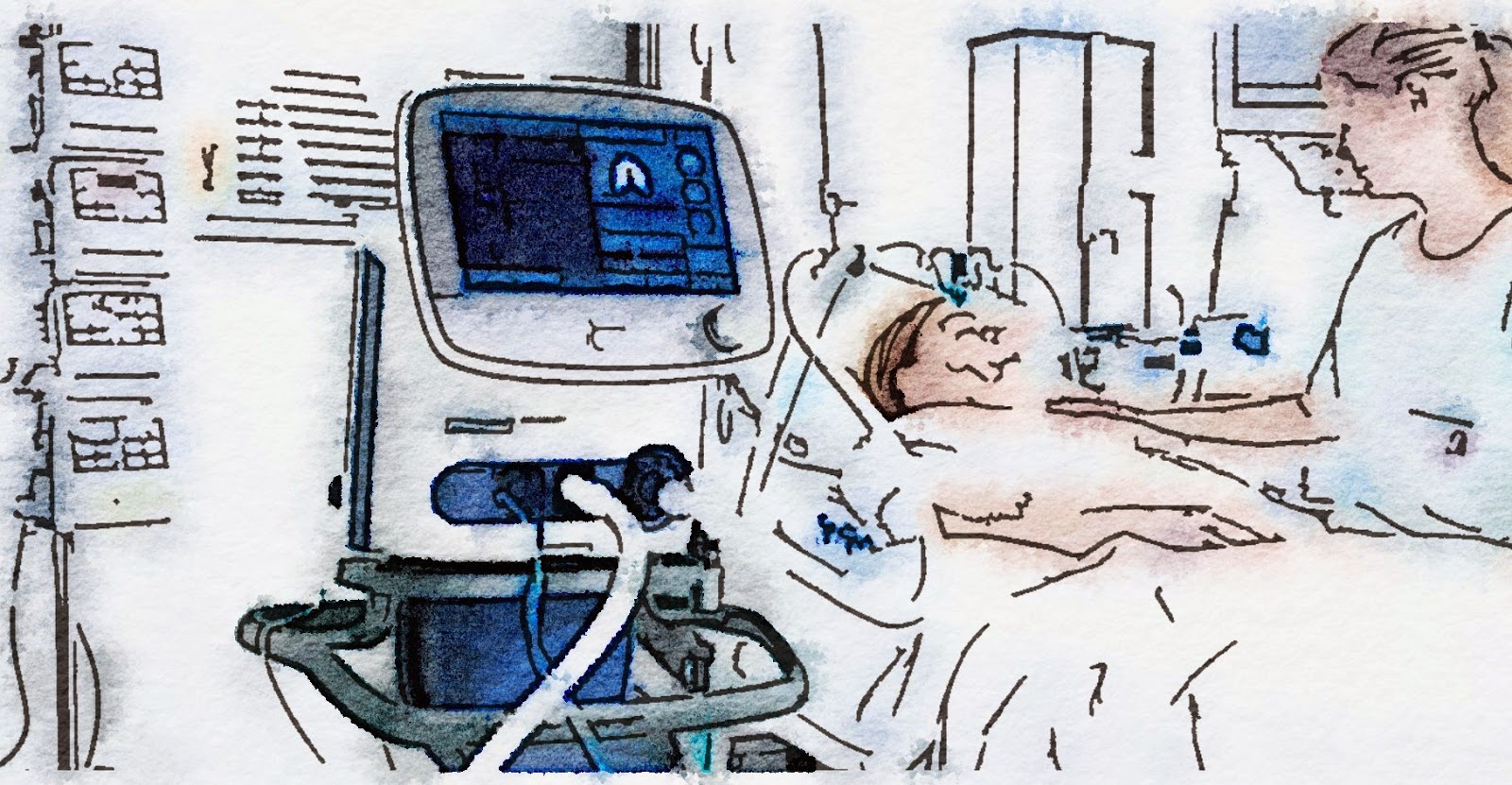 The study, byAlison Turnbull (who also on twitter @vitaincerta) and colleagues, was a three-armed randomized control trial of 630 academic intensivists recruited via e-mail invitation. Each of these intensivists reviewed a single hypothetical patient across 10 different scenarios representing a wide range of illness severities that changed the probability of in-hospital mortality (all of which included that the patient was mechanically ventilated
for the past 48 hours). The intensivisits were randomized three different groups, all of which had the identical 10 scenarios except for the following differences:

After each scenario, the intensivisits were then asked to response to the following question: “Would you bring up the possibility of withdrawing life support with Mrs. X’s family?” using a five-point Likert scale.

It didn’t really mater what the patient’s values were regarding willingness to continue life support based on functional recovery, intensivists would or wouldn’t discuss withdrawal of life support mainly based on the severity of illness. For instance, the proportion of intensivists in the control or first experimental arm that would probably or definitely discuss withdrawal of life support ranged from about 4% for the scenario with the lowest predicted mortality to 70-75% in the scenario with highest predicted mortality (Fig. 2).

In every scenario, the proportion of doctors intending to discuss withdrawal of life sustaining treatments was greatest in the group that was randomized to document functional prognosis before making a decision on whether or not they will discuss withdrawal.   This was not significant though for the two scenarios in which the probability
of in-hospital death was the lowest and the last two scenarios where the probability of in-hospital death was the greatest.   As the authors state in the article, this would suggest the impact of requiring one to record a 3-month functional outcome was most important in scenarios where the patient to survived, but become dependent in ADLs.

I’m still trying to digest this article’s ramifications, as their is a whole lot of decision making psychology that seems to be taking place here.  One that was discussed in the article was the focusing effect.  If you want people to base decisions on a particular attribute, have them think about that attribute before any decision is made. So, if you want doctors to pay attention to the goals of the patient when deciding whether to discuss withdrawal of care, especially when that goal is to stop life support if there was no reasonable chance of living independently, then ask them to write down what they think the patient’s functional prognosis is in three months.