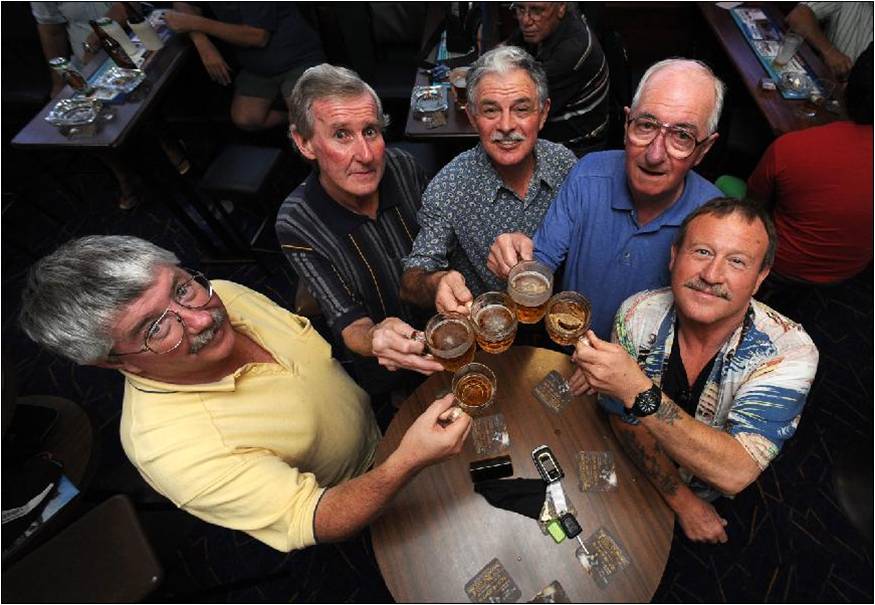 It is commonly thought that older adults are not the usual suspects when it comes to substance abuse disorders. But what do we really know about how common substance abuse is in the elderly? Is this really a problem? Should we do more to screen for substance abuse? Dan Blazer helped answer some of these questions at the UCSF Division of Geriatrics Grand Rounds when he described his some of his most recent work looking at substance use in the elderly.

Dr. Blazer and his colleague at Duke, Li-Tzy Wu, worked with data from the public use files of the 2005 and 2006 National Survey on Drug Use and Health (NSDUH), a nationally representative annual survey of noninstitutionalized civilians aged 12 years or older. They restricted their analyses to the 10,953 survey subjects age 50 years and older, and further split them into two groups that included 6,717 subjects age 50–64 years and 4,236 subjects age 65+ years.

What they found was the following:

Binge drinking is basically drinking to get drunk, and was measured as having more than five drinks on at least one day within the past 30 days. Most of us probably associate it with college years, however binge drinking in older adults can be associated with significant potential personal and public health hazards. Dr. Blazer cited one of the most important – binge drinkers are 14 times more likely to drive while impaired by alcohol compared to non-binge drinkers.

What should we do with this information? Dr. Blazer recommended that we should make note of the high rates of binge drinking found in older adults when we screen for substance abuse. This is because standard screening instruments, such as the CAGE questionnaire, is of little value in identifying individuals who binge drink. He added that we should ask one more question specifically directed to patients about having multiple drinks during a short period of time. This makes me think that maybe we should re-think the CAGE as more of a CAGE-B (B for Binge)?

For more on the study check out: Blazer DG, Wu LT: The epidemiology of at-risk and binge drinking among middle-aged and elderly community adults: National Survey on Drug Use and Health. Am J Psychiatry 2009; 166:1162–1169