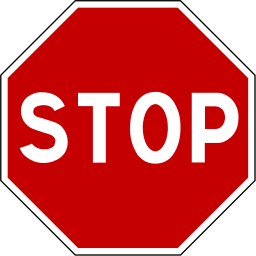 We’ve talked previously on GeriPal about Dumb Medicine: continuing preventative treatments near the end of life.

Key features of both of these studies:

Now statins are a slightly different beast from cancer screening.  They are preventative, certainly.  They have a lag time to benefit on the order of years.  They have harms, ranging from pill burden to cost, and risks, ranging from myopathies to rhabdomyolosis.

But in the back of our heads, maybe we’re wondering, might this medication be preventing a heart attack, or a stroke?  Maybe it’s not so dumb to continue it after all.

Now we have new evidence that demonstrates that stopping statins (probably) doesn’t change survival and likely improves quality of life.

Some of the aspects of the study are really important, yet because they’re buried or in “researchees, i.e. the language of researchers” they are inscrutable to the average reader.

What are we to make of these last two points?  Is this a “mixed message”?  Possibly.  The authors conclude that for those patients whose goals are quality of life, the physician could counsel the patient to stop statins.  For those patients focused on maximizing chance of survival, we can’t really say there isn’t a slim chance they might prolong life.

So now I’m going to take a stand that is a more definitive stance than the authors could take in an academic journal:

Continuing statins for patients with a life expectancy of less than 1 year is nonsense.  Just stop it.  It’s dumb medicine.  Continuing has no demonstrable impact on survival, and stopping leads to a higher quality of life at a reduced cost to society.

The biggest barrier to stopping isn’t that niggling voice in the physician’s head saying, “maybe there’s a chance the statin is helping.”  The biggest barrier is the lack of support, lack of training, and fear of talking with the patient about the reality of their limited prognosis, and the implications of that prognosis for treatment.