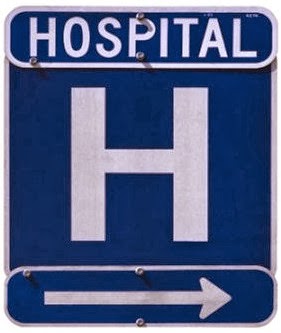 Hospitals are dangerous places for older adults.   Nearly a third of hospitalized older adults are
discharged with a new major functional disability they didn’t have before becoming to the hospital. They are also at greater risk for being unable to return home, to require nursing home placement, and to be rehospitalized within 6 months.  Moreover, having delirium in the hospital is even worse, as it is associated with an even greater risk of long term cognitive impairment, institutionalization, and death compared with those who don’t develop delirium.

Thanks to our geriatrics colleagues, a number of interventions, including acute care of elders (ACE) units and the Hospital Elder Life Program (HELP), have been developed around the idea that a redesigning the hospital care system can improve these outcomes.  What though are we to make of a new negative study published in BMJ by Sarah Goldberg, Rowan Harwood and colleagues on specialized care units for older adults with delirium and dementia (which can be downloaded here for free)?

Let’s start off by reviewing what was done.  The authors conducted a randomized control trial of 600 elderly patients with confusion on admission to a large acute general hospital in the United Kingdom. They randomized these patients to either standard care, which mostly consisted of geriatric medical wards (more on that later in the post) or to a specialist medical and mental health unit, designed to deliver best practice care for people with delirium or dementia.  The following video nicely depicts the interventions performed on the specialized unit, which included:

The primary outcome was negative, as there was the there was no significant difference between the specialist unit and standard care groups in the number of days spent at home in the 90 day period after randomization (median 51 v 45 days; P=0.3). There was also no difference in the length of the hospital stay, mortality, readmission, and new admission to care home between the two groups.

The secondary outcomes were more favorable though. The authors used structured observations of the participant to ascertain patients’ experiences, as well as satisfaction of family carers with hospital care. Patients on the specialist unit:

There are a couple of large caveats when thinking about this trial, I’ll just mention two though. First, and most importantly when you think about the generalizability of this study, I wish standard of care in the US looked like standard of care in the UK for older adults.  Most of the “standard care” in this study was done on specialized geriatric medical wards (70%) where a comprehensive geriatric
assessment was performed and staff had general experience in the management
of delirium and dementia.  For a view of very different this is than what happens in places like the US, read Bree Johnston’s post from two years ago here.  Suffice it to say, you can’t really equate standard of care in this study to what happens in the average US hospital.

Second, for this frail population of older adults, maybe the authors are right that standard primary outcome measures may not be the end-all-be-all. The authors acknowledged that the original goal was focused on “a rehabilitation mindset to get people home and functioning again.”  However, mortality was high with nearly 1 out of 10 dying during their hospital stay and nearly a quarter dying in 90 days. Maybe the real outcome of interest here isn’t restoration of function, but improvement in overall quality of life.  As the authors nicely says in the video:

“This is more of a palliative care intervention and I think patient experience and care satisfaction are probably more important outcomes in that setting.”