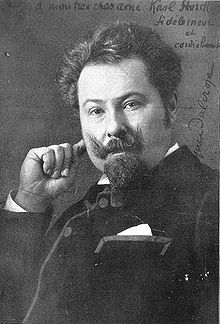 As a geriatrician and an ethnomusicologist, I have had ample opportunity to observe the impact of music upon gait among my patients. Whether singing “Tumbalalaika” in order to help a Parkinsonian patient avoid freezing on a threshold, or singing “Won’t You Come Home, Bill Bailey,” in order to help someone with dementia get up and walk to the dining hall, I have watched as halting, shuffling gaits develop a steady rhythm. In each case, the patient begins to walk in synchrony with the song and the caregiver.

It was with delight, therefore, that I read the article by Trombetti, et al., in the upcoming issue of the Archives of Internal Medicine. They have taken such anecdotal experiences and subjected them to the rigors of the randomized clinical trial. Powered to detect measurable differences in gait, they have demonstrated in medical parlance what many of us have seen, that gait can improve with music.

Trombetti and colleagues offer us an interesting piece of information: that community-dwelling elders can have improved ability to ambulate when their steps are accompanied by piano music. They used Jacques-Dalcroze Eurythmics(an established music pedagogical approach that was developed in the late 19th century) in a 12 month-long RCT involving 134 community dwelling elders and an accepted research methodology. For the first time it has been shown, they say, “that participation in music-based multitask exercise classes once a week over a 6-month period can improve gait performance…and reduce both the rate of falls and the risk of falling in at-risk elderly community-dwelling adults” (online advance publication, November 22, 2010, p. E7).

It’s a great article, accepted in a highly reputable medical journal. My only question: where’s the music?

For the most part the authors appropriately cite the handful of music therapy articles that deal with gait. It’s a shame, though, that they miss Alicia Ann Clair’s interesting work on rhythmic-auditory-stimulation (RAS). In one of the rare “negative finding” publications, she demonstrated that RAS did not lead to a significant difference in gait, but discovered that the caregivers involved in the study reported that ambulating a patient seemed easier when the music was playing.

The inclusion of music therapy literature in a medical journal is important here. There is more, however, to music research than music therapy and music’s therapeutic value. In the fields of ethnomusicology, music education (the academic home of Dalcroze Eurythmics), pscyhomusicology, psychology, neurology, gerontologic nursing, and geriatrics, some of us examine the music itself as well as its habilitative and rehabilitative effects. There is even a new analogue to medical anthropology, called medical ethnomusicology, which is devoted to issues of music, culture, health and healing.

As a musicologist, I would like to hear more about the music chosen in these sessions. Was it all improvised? And if so, how was the give-and-take established between the instructor and students? Were there direct musical references to melodies from childhood? Were there performances of familiar songs? Did the choice of music make a difference in its efficacy? It is unreasonable to ask a group of physicians and researchers to take an article this far in the Archives. But it is absolutely reasonable to begin a conversation.

Now is the time for each of us to step outside of our academic silos, following in the footsteps of Trombetti and colleagues. They have built a bridge between geriatric falls prevention and music education in order to keep older people from falling. Our older patients will benefit from this stretch between the disciplines.

Reaching out across disciplines brings a multi-faceted understanding of the problems, and a better understanding of potential solutions. Will I be able to start a Dalcroze school at the nursing home where I practice? No. But I will feel more confident as I continue to encourage my patients to sing as they walk. And I would be delighted to start building more bridges across the academy.