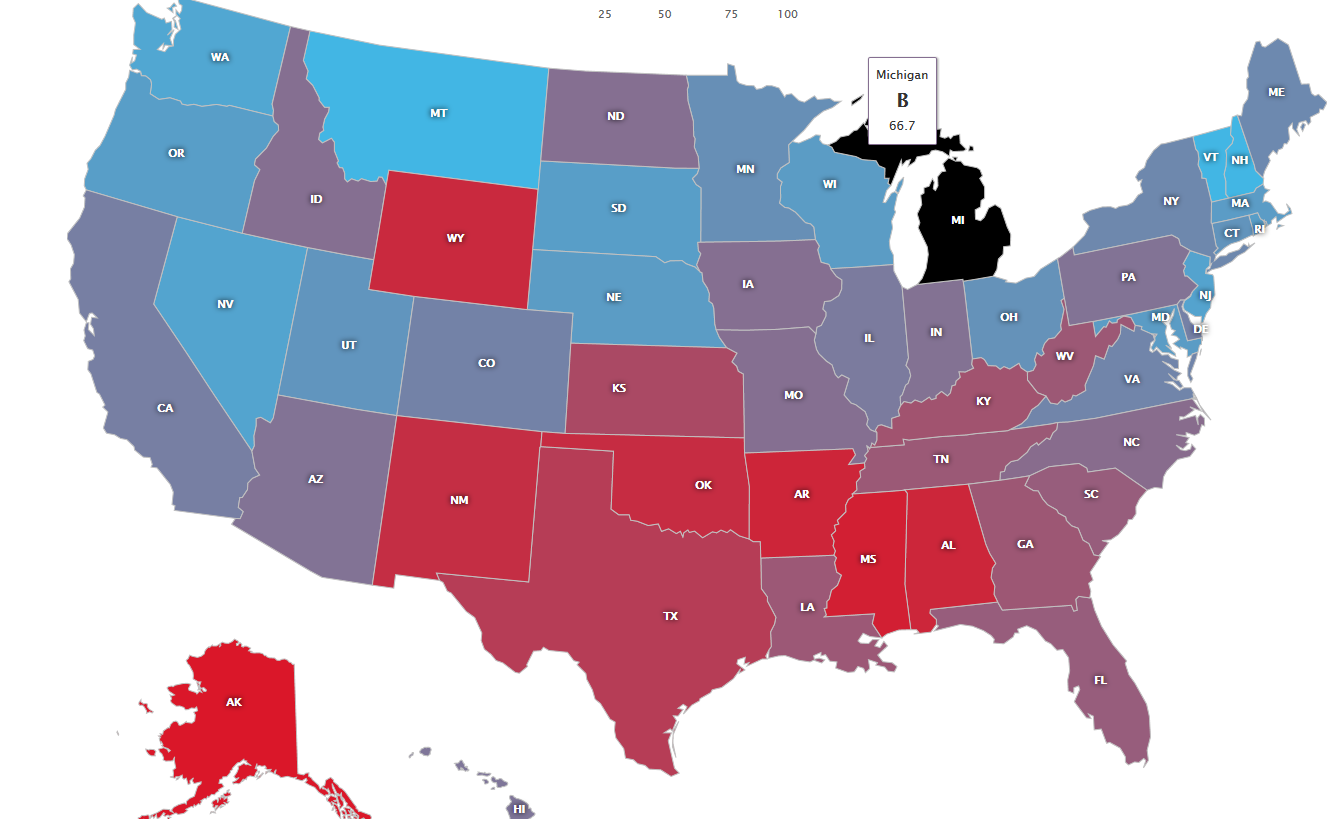 The major point: two thirds (67%) of US hospitals with >50 beds report a palliative care program.  So is the glass two-thirds full, or one third empty?

Further, if one looks at the trajectory of growth of palliative care, it seems to be slowing.  In the 2005 report card the rate was 53%, in 2005, then 63% in 2011, now 67% in 2015.  The rate has gone from almost 2% a year of growth down to 1% per year.  (some of these differences may be due to a more robust methodology in the most recent 2015 report- they actually called all hospitals and asked if they have a palliative care program, rather than relying on publicly reported data).

For profit-hospitals still lag way behind nonprofit and public hospitals in access to inpatient palliative care.  Only 23% of for profit hospitals with >50 beds report a palliative care program. That’s pathetic.  What’s the story there?  I don’t get it.  The evidence is mounting that palliative care is not only great at improving quality of life for people with serious illness and their families, it saves money.  See this recent study in the Journal of Clinical Oncology that piles more evidence on that mountain, showing that the earlier the consult in relation to admission, the greater the cost savings.  Shouldn’t the for-profit hospitals be all over this???

I think overall we can feel pretty good about the state of progress for inpatient palliative care.  As the main study authors, Diane Meier and Sean Morrison note, the greatest need is no longer on the inpatient side.  It’s in the outpatient arena, where people with serious illness spend the vast majority of time, yet access to palliative care services is rudimentary, limited to hospice, or nonexistent in most of the country.

One more thing – I love the coupling of the report with actionable policy recommendations for congress, the funders of research NIH/PCORI/CMMI/AHRQ.  My favorites:

So much to read – have a look!