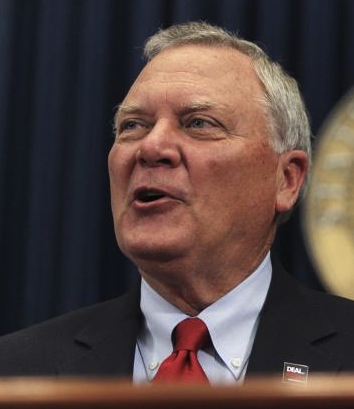 I wrote previously of the anti-choice attack on palliative
care and the vulnerability of providers whose protection rests on proof of
their “intent” when providing palliation. The powerful forces for which purity
of intent is more important than relief of suffering are fixed on legislating
their view of medicine’s proper role at life’s end. They are advancing their
agenda with little opposition from practitioners.

At its own peril the medical lobby ignores bills that 1)
raise the bar on what will pass for lawful practice and thought, 2) magnify
penalties for those found guilty of forbidden thoughts and intentions and 3) encourage
scrutiny and whistleblowing by onlookers and medical colleagues.

Georgia’s
governor recently signed HB 1114, prohibiting assisted suicide.  Shaped by Georgia Right to Life and the
Georgia Catholic Conference (thanked from the floor of the Legislative Assembly)
and with no visible objection from the physician community HB 1114 purports to
outlaw suicide assistance. Here I would like to affirm my strong support for
clear laws and harsh penalties for those who incite and abet suicide.

But a mere 19 of this bill’s 57 lines address actual
criminal behavior.  The bill’s drafters
wasted few words on perpetrators of violence, guns, nooses and other atrocities
by which online predators and other malicious enablers encourage
self-destructive impulses of the mentally ill. The heinous crime of inciting a
despondent or disturbed person to kill themselves seems almost an afterthought
in this bill.

The bulk of the bill — 37 lines — frets over patient
decision-making and medical treatment in minute detail. It focuses on doctors
more than the voyeurs and predators that endanger society. The new law repeatedly
specifies that any withholding, withdrawing, prescribing, administering or
dispensing must be solely intended and calculated to relieve symptoms and never
to cause death. Some tried to allow treatment that “eases the dying process,”
but the lawmakers deemed that language too permissive and generous.

As readers of this blog well know, end-of-life medical practice
is rarely as clear-cut as lawyers make it out to be. Opiates and sedatives upon
ventilator removal, palliative sedation for symptoms requiring unconsciousness,
increasing doses of opiates when patients suffer escalating pain or
breathlessness in the throes of death, all constitute aggressive and legitimate
treatment. The same medication, in the same dose, may both treat suffering and
advance the time of death, depending on factors that include the patient’s
weight, liver or kidney function, cardiac and respiratory reserve and the
proximity of death. The two outcomes often lie beyond discernment. Some
ambiguity is the norm. In this environment the Georgia felony depends on
thoughts in the physician’s, pharmacist’s or nurse’s head as they deliver
palliative care.  Georgia law is unique
in demanding not only evidence of pure intention, but also a “calculation” in
support of that intention.

The standard for end-of-life treatment used to be that the
correct medication dosage is that required to relieve suffering. Georgia
lawmakers now insist the correct dose is a careful “calculation” of what may be
expected to relieve the patient’s suffering but will not contribute to her
death. It is understandable in such a climate if the calculation gets more
attention than the suffering.

Georgia lawmakers not only pasted targets on healthcare professionals,
they also armed those taking aim at forbidden intentions with the state’s RICO
(Racketeer Influenced and Corrupt Organization) law. The heavy artillery of
RICO magnifies the state’s policing authority, extends penalties, adds civil
liability and enables prosecution of individuals only tangentially involved in
the patient’s care.

Patients need more legislative vigilance on their behalf. Dying
patients have no voice in our nation’s statehouses. Palliative care
professionals should awaken to the traps set for them by political musclemen in
state Catholic Conferences and Right-to-Life Committees. Without greater
caution, creation of thought crimes, threats of exorbitant punishment and
hyper-vigilant whistleblowers could define the future of palliative care.

This is an invited guest post by Barbara Coombs Lee, president of Compassion and Choices.