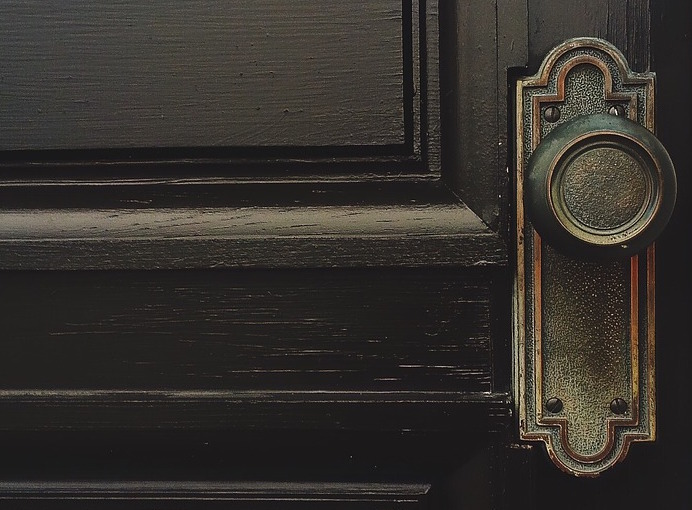 I met him once. He was referred to me for pain management and depression. In our visit, he described a series of losses over the previous six months—he had lost his identity when the cancer, radiation and surgery had deformed his face; he lost intimacy with his wife as the odor from dead tissue kept them distanced; and he lost connections with friends as it became more difficult to speak clearly. His biggest worry now was about losing his dignity. We talked about what dignity felt like for him, and what a death with dignity would look like. He spoke of choice, control and independence. He defined loss of dignity as the moment when he needed full care—complete dependence. This was the line for him and he was coming frighteningly close to it. I was able to treat some of his symptoms, offering antidepressants, opioids (with some control over dosing), hospice referral and continued conversations with a caring provider. Almost in a disconnect with the hopelessness that he exuded, he politely agreed to start all of the medications I recommended, and see a psychologist specializing in oncology.

Over the next month, we adjusted his pain medications, uptitrated his antidepressant, and he saw the psychologist. Then I got a phone call from my office saying he had ended his life. Immediately, I called his wife. She was tearful and calm. She explained that he was now peaceful, out of discomfort and free of his existential suffering.

Like most people who have taken the path of physician-assisted death (PAD) in other states, my patient was white, educated and valued control at the end of life. Unlike most of those people, he was completely alone at the end of his life. He was not surrounded by his family, friends or providers, whom he cared for greatly. Instead, he wrote individual letters to his closest friends, family members and his home nurse, asking them to not view his death as a suicide, or a reflection of inadequate care. He asked them to understand that he had to find a way to maintain dignity. He existed in the space described by Quill, Back and Block of many patients who request PAD: “a zone between clinical depression and the sadness of seeing their lives come to a close.”[1] Any features of depression were expressions of existential grief and sadness about his many losses, unlikely to be alleviated with antidepressants and psychotherapy.

Like a good trainee, I had asked him if he had thought about ending his life. He said no. Did he say no because he knew that I worked within a system that required me to interpret a yes as self-harm? Was he savvy enough to know that, while I might be a thoughtful provider, I could not legally help him in that journey and achieve death with dignity, as he defined it?

As the End of Life Option Act goes into effect in California, I find myself thinking about this patient. I wonder how our visit would have gone differently if we met this week? Would the end of his life look different? While these questions are ultimately unanswerable, I do know that the law has changed my conversations with patients. It has opened doors to quiet and deeply emotional places, and exposed existential nooks and crannies that otherwise might be left undiscovered. It has allowed me to view and act on behalf of patients’ autonomy in a new way and has made concrete the penultimate goal of shared decision-making.

At the same time, I am acutely aware of the complexities of this law around vulnerable patients. I share the worries of Dr Petrillo, Dr Dzeng and many other colleagues around the tyranny of choice, alienating patients and worsening mistrust. I worry that Death with Dignity will become yet one more managerial aspect of “quality clinical care” that is inadequately or insufficiently delivered to patients of color, poor patients, the disabled and those with mental illness. These groups often received less adequate care in other aspects of medicine. The open dialogue around vulnerable patients is one way to work against this inequity. Advocacy to protect vulnerable people represents an important voice in health care that is not heard enough.

We worry because, like other aspects of medicine, aid in death might also fall prey to checklists and protocols, with patients slipping through the cracks inherent in a protocolized system of care. We worry that there will not be enough human interaction with skilled, trained and flexible physicians who can recognize the zone between depression and sadness. We worry that there will not be a strong enough fight for increased access and against coercion. As suggested by many proponents of the law , this work requires better mental health care, expanded palliative care and hospice services, aggressive symptom management and the involvement of more than one provider.[1] The question, though, is how to make this care thoughtful, individualized and psychosocially oriented.

Possibly more than any other discipline in medicine, Hospice and Palliative Care is poised to deliver this unscripted, individualized, thoughtful care. We don’t do checklists; we don’t follow scripted plans for each patient. Sure, we use acronyms, but mostly we follow subtle leads, nonverbal cues, a look, a sense of an emotion, and we meet the person there. We can call for general protocols to provide a framework for safety in this process, but must also individualize that approach to the person in front of us.

We can do this—subtly, delicately and compassionately—just the way we aim to do all of our work. We can do this, not just because we have the capacity to balance autonomy, justice and nonabandonment, and not just for the few patients who will actually follow through on their request for PAD, but for the doors that it opens and the spaces that asking these questions will take us to. I couldn’t ask my patient about a life worth living in a way that allowed him to tell me his truth. I asked if he was planning on committing suicide. He said no. He was planning on Death with Dignity.