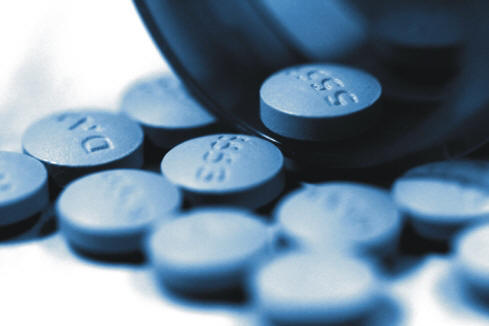 The effect that industry influence has on individual doctors, hospitals and clinics through free lunches, CME dinners and trips and getting on the formulary has been well documented. However, one area that has not received enough attention is how industry encourages more care by financing and supporting more aggressive clinical guidelines and performance measures. More care is sometimes beneficial for patients and sometimes harmful; however more care is almost always beneficial for industry. I’ll highlight 2 instances.Amgen and KDOQI (Kidney and Dialysis Outcomes Quality Initiative)

Amgen “is the founding and principal sponsor” of KDOQI, getting their name and logo as a supporter of guideline development. KDOQI has established anemia guidelines on what is appropriate targets for hemoglobin in dialysis patients. These guidelines have led to a steady increase in average hemoglobin values in the US dialysis population from 10 in 1993 to 12 in 2004. The primary treatment for anemia are erythropoitin stimulating agents, such as Epogen and Aranesp, made by Amgen. Amgen’s sales of Epogen and Aranesp in the US in 2005 were $4.56 billion. To be fair, some of this increase in hemoglobin may have helped some patients, but it is clear that it helped Amgen.

Sidebar: DaVita, a for-profit dialysis corporation, reported that 25% of 2005 dialysis revenues were from erythropoitin stimulating agents and that “our agreement w/Amgen also provides for specific rebates and incentives.”

Aventis and A1c < 7 In 2004, Aventis worked with a marketing firm to launch the “A1c<7 by 2007” campaign on World Diabetes Day. It was co-sponsored by the America Diabetes Association (which receives funding from Aventis), supported by the National Committee on Quality Assurance (the folks who brought you HEDIS) and the Congressional Diabetes Caucus. This is despite the fact that the Technical Expert Panel of the National Diabetes Quality Improvement Alliance unanimously rejected the A1c < 7 measure. In 2008, a series of trials (ACCORD, ADVANCE, VADT) came out which suggested that decreasing A1c levels to <7 may be harmful. Aventis makes Lantus, and the worldwide sales in 2007 was $2.785 billion, 33% increase from 2006. To be fair, some patients probably benefited from getting their A1c < 7; however, the best data now suggests that more were harmed. Clearly, Aventis benefited. Sidebar: This push to lowering A1c probably also led to overuse of Rosiglitazone (GlaxoSmithKline), which has now been shown to increase cardiovascular events. For more detailed information, see Aron D and Pogach L, “Transparency Standards for Diabetes Performance Measures” JAMA 301: 210-212; Jan 14, 2009.

In this era where the country is looking for maximum value for the healthcare dollar, we can no longer afford to continue to let the pharmaceutical industry unfettered influence in medicine.