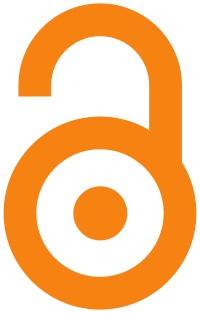 If we care about primary care physicians actually using the screening tests we develop, then we should care about their accessibility to those clinicians. To put it simply, the more barriers we put in place, the less likely anyone will use them to assess cognitive status in the elderly.

The prior gold standard for cognitive screening was the mini-mental status exam (MMSE). This test used to be freely available online, in books, and on pocket cards that were distributed to medical students and residents throughout the country. This all changed in March of 2001 when MiniMental, LLC (the current owners of the MMSE copyright) granted Psychological Assessment Resources (PAR) the exclusive rights to publish, license, and manage all intellectual property rights to the MMSE. Suddenly, after decades of neglect, PAR began enforcing the copyright on the MMSE (see “stealth patents”). Now physicians would have to pay about $1 per test, and importantly, another barrier to cognitive screening was erected.

In the wake of the MMSE copyright enforcement, several new and improved cognitive screens began hitting the geriatrics store shelves. One excellent example is the Montreal Cognitive Assessment (MoCA). This is a free, brief, and validated screening tool with high sensitivity and specificity for detecting MCI and dementia (http://www.mocatest.org). It’s easy to use, but does require one to print out the actual test in order to administer it to patients.

What about a test that requires no props and no special forms? This months Archives of Internal Medicine released a study on the Sweet 16. The article describes the creation of this new brief cognitive assessment tool, and its comparison to the MMSE in a cohort of patients. A long story made short: the Sweet 16 was found to be at least equivalent to, and possibly superior to that of the MMSE (at least in this cohort of patients). Some of the results included:

The authors, though, sent mixed messages on how accessible this test will be to primary care physicians. Initially they note a key problem in the routine measurement of cognitive status is that “a number of cognitive assessment instruments, including the MMSE, are copyrighted and now have restrictions or fees associated with their use”, and later state that the Sweet 16 solves this as it “is open access, whereas the MMSE and the MMSE-2 are restricted by copyright.” However, the website for the Sweet 16, as well as the Sweet 16 training manual, give a very different impression than a true open access instrument, as noted in the following statement regarding use of the tool:

“The Sweet 16 is a copyrighted instrument. It can be used free of charge only by nonprofit organizations and educational institutions (such as universities).” As well as: “All for-profit organizations or entities must contact the Aging Brain Center at: 617-971-5390 or email: AgingBrainCenter@hsl.harvard.edu for permission to use the Sweet 16.”

So, what does this mean for the private practice primary care physician who doesn’t happen to work for a non-profit entity? Is it open access or is it pay-per-view? After being burned by the MMSE, I now want some confirmation that it is indeed ‘open access’ – meaning that it can be found online, free of charge, and free of most copyright and licensing restrictions.

In the meantime, I’m going to stick with using and teaching the MoCA. The authors of the MoCA have alleviated my fears with a website detailing permissions for use including that Universities, Foundations, Health Professionals, Hospitals, Clinics, and Public Health Institutes can use the MoCA in clinical, educational, and research settings free of charge, and may use, reproduce, and distribute it WITHOUT permission. Now that is what I call open access.