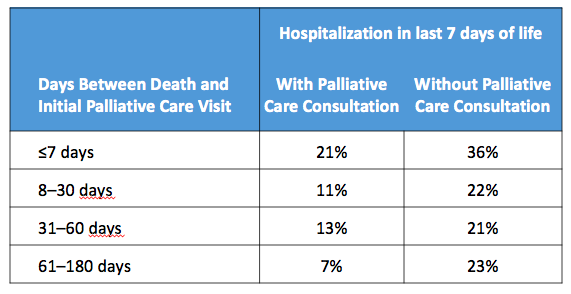 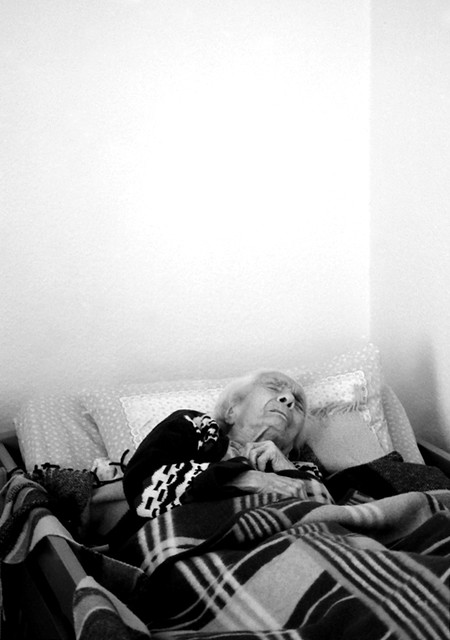 One out of every four people living in the United States will die in a nursing home.  To say that access to palliative care is lacking for these individuals would be an understatement. What palliative care is delivered is too often limited to those who are eligible for and elected hospice care.

A study published in JAGS this weekgives us some of the best evidence so far that palliative care can be delivered in this setting, and is associated with less hospitalizations and burdensome transitions.

A Study of Palliative Care in the Nursing Home

The study authors looked at data from two palliative care provider organizations that were subsidiaries of hospice agencies in order to identify nursing home palliative care consultations in North Carolina and Rhode Island.  Between the study years of 2005 to 2010, these two organizations were the only providers of palliative care consultations in the two counties in North Carolina and the six in Rhode Island where study nursing home were located.   The data from these patients were then linked to Medicare and MDS data.

Ok, What Did They Find?

The authors ended up comparing 477 nursing home residents who died between 2006 to 2010 with initial palliative care consultations within 180 days of death against 1,174 propensity score–matched controls that did not receive these consultations from the same nursing homes.

Residents with palliative care consultations had:

Furthermore, earlier admission to consultation programs was associated with lower hospitalization rates in the last 7 days of life.

Taking all of this data as a whole, it’s encouraging to see that palliative care can actually work in community nursing homes.   I have to wonder though, how many of our palliative care trainees get any meaningful experiences in nursing homes in order to prepare them to give these types of consultations?