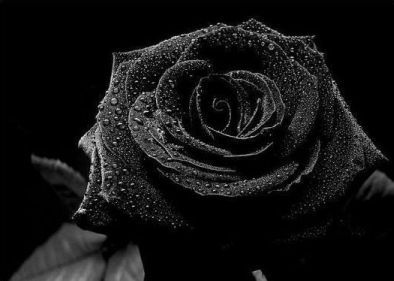 I’ll be honest. When I started my fellowship in palliative care 4 short months ago, I had not seriously considered the possibility that one day I would have a patient ask me whether I would prescribe them a medication to end their life. Of course I was aware of the Oregon experience, but living in California where I completed both medical school and residency had sufficiently inured me to this idea. But with the signing into law in California last month of the End of Life Option Act, I have started to feel troubled by this question: would I or would I not prescribe?

I recently spoke with my old babysitter who cared for me early on in childhood, a wonderful elderly Honduran woman now living in Maryland who I had not spoken with in over a decade. When I updated her on my career plans in palliative care, assuming she would have no context, I was surprised to hear her quickly respond about a recently watched TV program about doctors helping terminally ill patients die in Europe and Oregon. In clinic last week, when I asked a new patient what his plans would be if his health were to deteriorate from his metastatic cancer, he said, “Oh, that new physician-assisted suicide law.” I have already had 5 patients ask me for information on physician-assisted death in California. Anecdotally, people are talking about this new law and they are associating it with palliative care.

As a new face in palliative care, I have found myself deeply affected by these initial requests for more information about assistance with death. But what I have noticed in the field is that before this law was in place, we were comfortable looking the other way, as there were many issues that were considered a bigger priority. And I have also sensed a real unease with physician-assisted death. As I’ve come to understand, many palliative care practitioners have been afraid that any association with this law would further cement the misconception that palliative care is only about death — even as the field has fought so hard to change its image in the national conscience as a focus on life and living well at any stage of a serious illness. With our aging population and higher burden of chronic diseases, the need for palliative care has never been greater, and yet we have all had patients decline our services because of the death stigma. As one palliative care MD I spoke with put it, “We are already thought of as the death squad. If we start prescribing a lethal pill, will we be?” In Oregon, only 0.3% of people that die are utilizing physician-assisted death. Another worry is that we have expended a significant amount of political will on an end-of-life option for the [less than] 1% when there is still so much need to expand inpatient and outpatient palliative care services for the 99%.

I haven’t even addressed the myriad of ethical issues imbedded in the implementation of the law. But that’s just it. Whether or not it is good for the field, no matter what our ethical beliefs, the passage of the law has changed things. There has been this sudden shift that we can no longer ignore. Patients will continue to turn to us because we are experts in end-of-life care, and this is now an end-of-life option.

For many reasons, from Brittany Maynard to our deep-seated cultural fear of death, physician-assisted death has captured the public imagination. As palliative care practitioners, we should leverage the interest that has been piqued by this law to explore our patients’ and communities’ hopes and fears of the dying process and shape the message of palliative care’s core intent. We must take a leadership role in the law’s implementation, building expertise on how to answer these difficult questions from the most vulnerable patients. We must make certain that pathways exist for us to step in and fill the void when other providers are uncomfortable proceeding. And we must ensure that the law is practiced safely, so that patients who are struggling with mental health disorders are appropriately referred.

As a recent GeriPal post by Dr. Petrillo eloquently stated, “the vast majority of people will actually achieve a better quality of life through supportive care, and will not persist in their request for hastened death once their needs are met.” I believe that if we provide accessible, high-quality palliative care focused on meeting medical, spiritual, and psychosocial needs, physician-assisted death will remain an option of last resort for our patients here in California.

If Oregon’s statistics bear out, I expect roughly 1 in 300 of my future patients to pursue physician-assisted death. Notably, in Oregon, 93% of those who died after ingesting a lethal dose of medication were already enrolled in hospice, presumably receiving adequate palliative care. Which is to say that there will be those very rare cases for whom palliative care at the end of life will not be sufficient. I acknowledge this, even as I strive to meet the needs and alleviate of the suffering of all my patients with the help of my palliative care team. And for all of my patients, I do sincerely hope that this new end-of-life option affords them some peace of mind.

So what about me. Will I prescribe? I won’t know until I meet that 1 in 300 patient. But what I do know is that no matter what my personal beliefs, as a palliative care clinician I will have to play a vital role in the care of that patient, facing her questions and concerns with compassion and expertise.