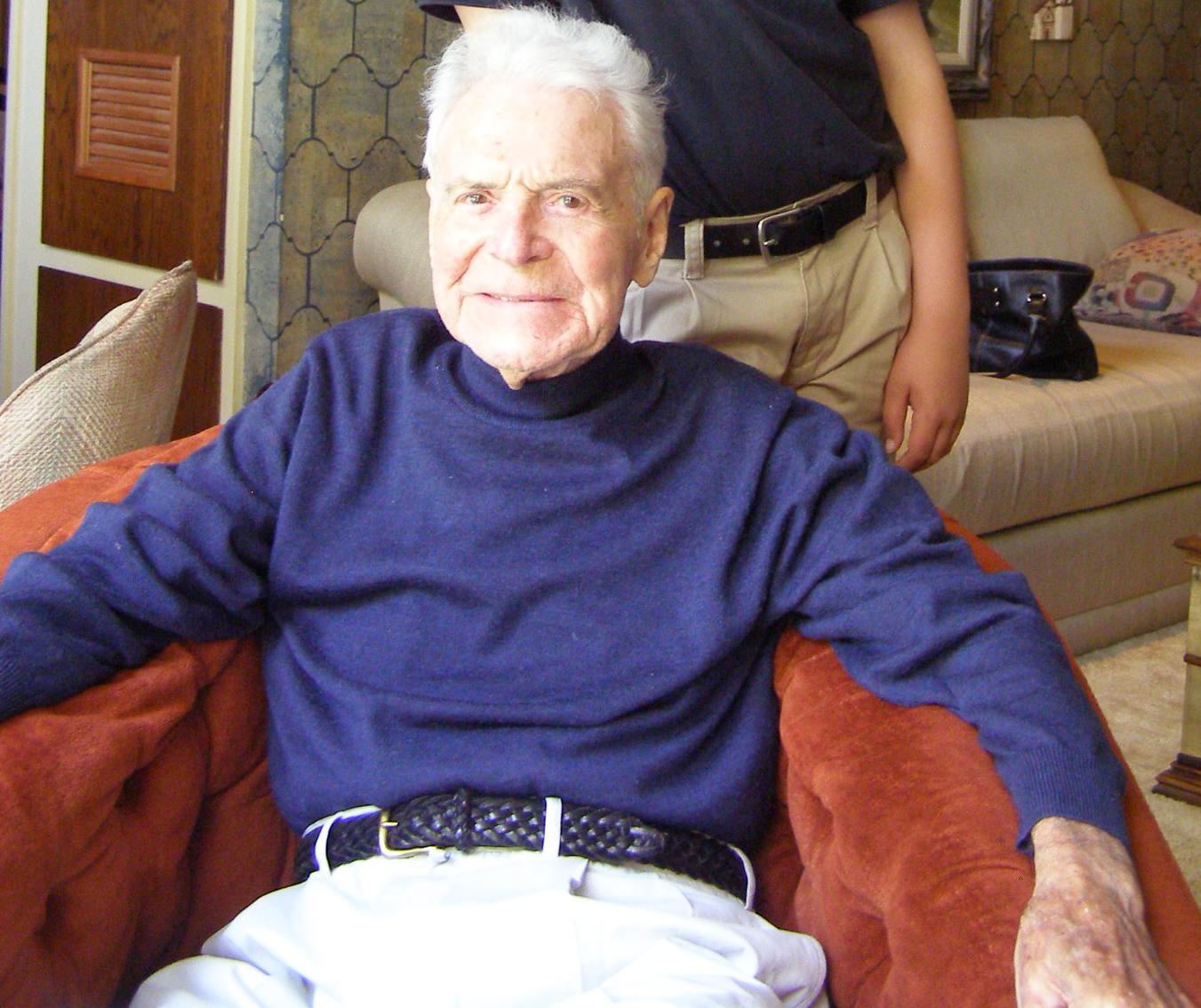 I am in the emergency room with my 93 year old father-in-law. His colostomy bag has filled up with blood overnight, and the people who own the board and care home where he lives have called the ambulance because they are terrified that he might die. This will be his third admission this month; the first time, he had a DVT and was put on Coumadin. The second time, he had a fistula, and there was a lot of discussion about whether they should operate and how to manage it. He has atrial fibrillation, a bad knee, arthritis, and moderate/severe dementia. Each doctor he’s encountered has treated a part of him, and has treated that part well.

During his second hospitalization, I spoke with the hospitalist and said that we would like to focus on symptom management and comfort. I was told that the hospital had a palliative care service. I asked for a referral. Oh, the hospitalist said, it’s too late; your father-in-law is being discharged. I wish I’d know you wanted that and we would have ordered it.

I ask you, would the average person know to ask for a palliative care consult?

I had come to Southern California in part to say goodbye, but I was also determined to help clarify what the plan was for the management of all these medical problems. In other words, I wanted a “goals of care discussion.” And that’s why I was leaning over the gurney in the ER and shouting (because he’s deaf), Joe, do you want to focus on being comfortable? No, he said, I want to wear pants.

I took that as a metaphor. I was going to make this hospitalization different.

I have been a Geri-Pal social worker for my entire career. In much the same way that it occurs to a childless labor and delivery nurse that one day real life might mirror work life, I knew in the abstract that my beloved father-in-law would need care. And would someday die. I thought my professional training would help, and to some extent it did. I would periodically review his affairs: DPA for healthcare – check. Financial and legal planning done? Check. Big Talk About Code Status? Check. Enough money to pay for care? Check.

Joe had been in robust health until he was 90, lifting weights, golfing, body surfing. He drove his giant Cadillac around town, had dinners out with his girlfriend, and doted on his family. He belonged to clubs, went to church, knew all the neighbors. True, every friend he had ever known had died, including his beloved wife of 51 years, but if you had asked him about his quality of life before he got sick, he would have said it was “wonderful, wonderful” with all the optimism born of someone who had left a hardscrabble life in upstate New York to start a new post-war life in a beach town in southern California.

But then, parts of his body started to fail. His primary care doctor, a cardiologist, sent him to various specialists, in part to treat symptoms caused by something a different specialist had prescribed. Joe started to think of himself as feeble, and worried about our health and our safety. To him, the world had become a dangerous place. I started to worry, too, because his primary care doctor didn’t seem to be addressing the big picture in any way. At work, I was surrounded by geriatricians who never seemed to hesitate to have these discussions, and as a social worker, I was a regular participant. Unfortunately for my father-in-law, the only geriatrician in the area was 50 miles away, and wasn’t accepting new patients. Joe was a veteran, but he thought the VA was for poor people. Besides, he liked his doctor. Then, about a year ago, Joe started to fail functionally and was also diagnosed with dementia. There were more and more calls to 911 as the ER became the portal to care. He fell all the time and it was terrifying to watch him walk, but the former football star wouldn’t use a walker. We pulled it together to keep him at home for a few more months, and I’m glad we did. We hired attendant care to give his girlfriend a much-needed break. We even hired an elder care consultant to see if I had missed anything (ok, I hadn’t). Finally, his 75 year old girlfriend said that she couldn’t pick him up off the floor anymore and that was that. We hired 24 hour care as a stop-gap measure but weren’t able to sustain that indefinitely.

We found a nice board and care home, and I did my homework in properly vetting it, but in the end it was my gut and not my training that helped me decide that it was a good place. The people were infinitely kind, good cooks, too, and one of the owners was a middle-aged knockout, which made the adjustment for Joe a tiny bit easier. There were more small losses and more small goodbyes – the last family dinner at the beach house I considered my second home, now for rent to pay of his care, Joe’s last ride in the giant Cadillac before we drove it to Northern California, where my 12 year old son’s friends think it’s cool. Joe’s life got small, but he still liked to eat, and to see his family, and to wear his beautiful clothes. For awhile, my husband went to Southern California almost every weekend. The thing about being an only child is that there’s no doubt who’s responsible. But after my father-in-law’s last hospitalization, I thought my husband needed a break, and I volunteered to go in his stead. Joe was out of the hospital less than 24 hours before he was re-admitted.

In the hospital he recognized me, but wasn’t sure how we knew each other. He would politely ask who I was, and when I told him I was his daughter-in-law, his eyes would widen in delight and he would say “wonderful!” We would both smile and laugh with this brief bit of happiness. He was calm except when they inserted the catheter. The nurse told me later that he’d tried to punch her during the insertion. I’d overheard the process, and she hadn’t explained a word of what she was doing. I’d have punched her, too. Otherwise, he was unfailingly polite, thanking the nursing staff each time they drew blood, took his pulse, checked his blood pressure or O2 saturation level or delivered another all-liquid tray. I gave him a couple bites of a forbidden scone and jumped guiltily when the nurse came in, feeling like I’d snuck in a crack pipe. In a moment of clarity, Joe pointed to everything – the uncomfortable anti-DVT bed, the lines for antibiotics, for blood, for hydration, and said, this is awful. But then he said that his father and grandfather were coming the next day to get him. Jeez, I thought, I hope so. For your sake.

During our long stay in the ER, I had taken the ER doctor aside to talk. He knew Joe from previous admissions. No one thought they could do anything to fix his problems, he said, but they were worried about not doing anything. Comfort, I said, we want to focus on comfort. Oh, he said – we have a palliative care service. And so I asked for a palliative care consult, from the ER doctor and from everyone one else who came into the room. It’s wonderful you have this service, I said – please let them know right away that I want to see them.

And so I waited that first day and waited the next day, but the consult service was nowhere to be found. I did everything but wear a sandwich board that said “talk to me about end-of-life care!” Joe was suffering; he did not want to be in the hospital, wearing a gown, with the hated catheter, in the uncomfortable bed, eating only jello. I did not want his last days to be like this. And here is where my professional training left me, and I became just another family member stymied by the system. I was at the nurse’s station, weeping with frustration and grief, when the physical therapist who had met with us earlier came to my rescue. I can call the doctor, he said, tell me what you need. And so we had the goals of care meeting after all, with a different hospitalist, and a social worker, and my husband on speakerphone, calling in from work. We both cried at the finality of arranging hospice. And the hospitalist told me – I kid you not – that they had a palliative care service. Wonderful, I said.

On my way out, I made one more request, to liberalize his diet. I brought back a giant milkshake, and we drank it together. The next day, he was discharged, and hospice started.

I know that my experience, Joe’s experience, could have been much worse, but I think that if I hadn’t made this conversation happen, he would have went home with nothing changed, and the cycle would have continued.

If I could barely make this happen – with a family in agreement, a patient with clear-cut wishes, and the training and the personality to press the issue – how can the average American? Joe was always clear with us and with his doctor about his desire to go quietly and quickly when the time came. Most people his age have lost everyone they know. They’re not stupid; they know they’re next. His primary care doctor had known him for years, was a kind man, and visited Joe each time he was in the hospital. I suspect one of the challenges for him is that Joe didn’t have a clear end-of-life diagnosis like cancer. Perhaps he just felt uncomfortable having this conversation with a geriatric patient.

I am glad that the hospital has a palliative care service. But I wish it had been more easily available to us–and to other families. For us, the service was a lot like a nice couch with a plastic cover – good that it’s there, but you can’t really use it. I hope that we caught them at a bad time, and that the service will work for other people

And so Joe is back at the board and care home, with a hospice nurse who speaks Spanish, because the people at the board and care need a lot of support. This is hard for them, too. They love Joe, and his continued survival contributes to their livelihood. Both of these things are true. I hope for Joe that the end is quick. I hope his father and grandfather come to get him. And that he is wearing pants.