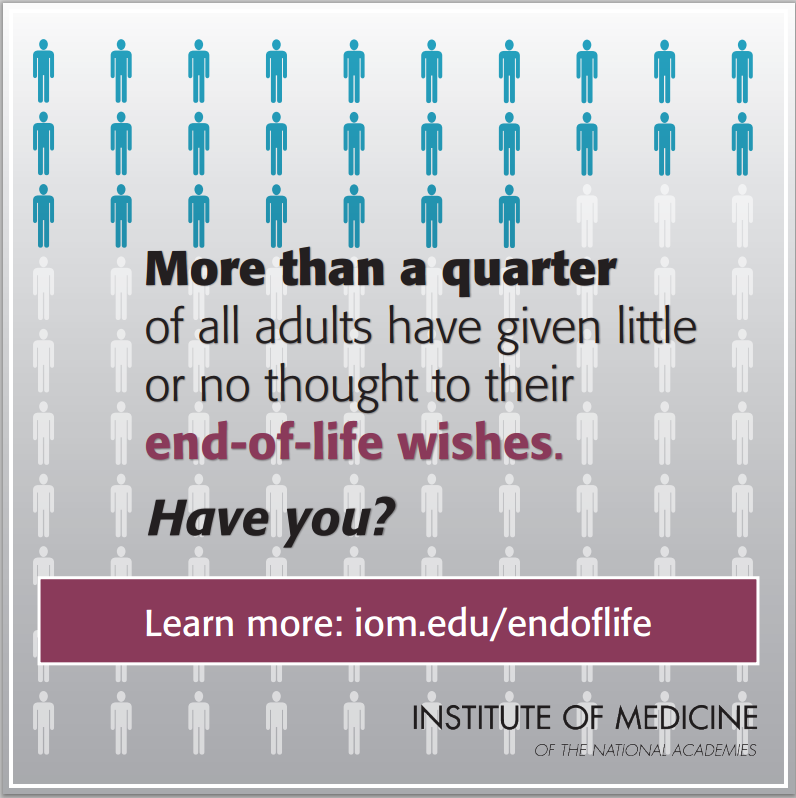 I’d like to draw GeriPal readers’ attention to the new report issued by the Institute of Medicine titled, “Dying in America: Improving Quality and Honoring Individual Preferences Near the End of Life.”

This report represents the culmination of a huge amount of work by incredibly smart people.  Many of these people we know well, including Diane Meier, James Tulsky, Bernie Lo, Jean Kutner, Christian Sinclair.  Other folks contributed in different ways, like Amy Kelley and Melissa Aldridge who wrote a commissioned paper, and Susan Block, Betty Farrell, VJ Periyakoil, and Joanne Wolf who contributed to reviewing the draft.

The last report, “Approaching Death: Improving Care at the End of Life” was published in 1997, and served as a major road map for improving palliative and hospice care in this country.

I will use this brief post to review some preliminary thoughts, having read through the summary materials available on the IOM website.  I have only started to dive into the full report (available for download for free).  I will follow up with a longer post or perhaps series of posts as I make my way through the full report (while studying for Int Med boards!).

More to follow, please give your initial impressions in the comments!