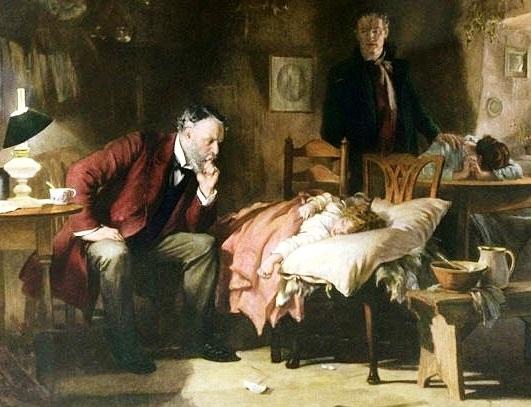 There has been a lot of good news about palliative care in the last year. Most notably is one well designed randomized control trial (RTC) finding improved survival and quality of life for stage IV lung cancer patients receiving outpatient palliative care consultations. This line of evidence has been particularly important for those of us attempting to grow palliative care programs both in the inpatient and outpatient arena. But, what should we do when the results of a RTC of inpatient palliative care consultations come up negative? Should we ignore these findings, dispute them, or acquiesce? These are the questions that I am grappling with after reading a research letter in the Archives of Internal Medicine by Dr. Steven Pantilat and colleagues.

The study in question is a randomized, prospective, clinical trial meant to evaluate the impact of a proactive palliative medicine consultation on the care of hospitalized chronically ill elders. The study population included 107 patients admitted to a large academic medical center who were 65 years or older with heart failure (51% of the subjects), cancer (22%), chronic obstructive pulmonary disease (20%), or cirrhosis (6%). The intervention group received palliative care consultations on enrollment and then every weekday of the resulting hospitalization. The authors, as best as I could tell, attempted to create an active control group, as the usual care group received a meet and greet from the palliative care physician and a packet of information on diet and exercise (I know – not very active of an active control group).

The outcomes of interest included the severity of pain, dyspnea, and anxiety, as assessed by a verbal numerical rating scale based on the symptom at its worst level in the past 24 hours. Patients also completed a telephone survey 2 weeks after discharge to reassess symptoms, rate physician and nursing care, and recall discussions of preferences (24% of patients ended up not completing the survey).

The good news is that symptoms scores improved from baseline. The bad news for inpatient palliative care consultations is that they improved for all subjects, during any of the assessment periods, no matter whether they were assigned to the intervention or the control group. There was also no difference between groups in the feeling that the “staff understood what they were going through” and that they “listened to their hopes, fears, and beliefs” (most respondents agreed with these statements).

The other interesting aspect of this trial is that only a minority of subjects reported that the physician discussed their “preferences for care (43%), their chance of surviving hospitalization (42%), or their religious beliefs (31%)”, with no differences noted between the intervention or control group. This is despite the fact that palliative care consultations routinely assessed “psychosocial and spiritual needs, discussed treatment preferences, and consulted a pharmacist and chaplain as needed”.

Why did this study show no improvement in symptoms with consultations? You can argue that it was small study with only 107 patients (there was no mention of power calculations), that it only occurred within one institution, and that it was a physician led team. Playing devils advocate though, this study is not much smaller than the Temel article on outpatient palliative care, which was also a single site and led by an MD and APN. You can also argue that they were automatically enrolled in this trial instead of being referred, making these patients look very different than the ones we see on a usual palliative care service. Lastly, you can argue that the reported outcomes are based on self-report and may not be at the heart of what palliative care is about (aligning treatments with preferences).

So, in the end, we are left with a negative study of uncertain significance. Alex Smith wrote in a recent GeriPal comment that people disagree on how practice should change “because we interpret the evidence differently, and at the end of the day, our beliefs and hopes are still mixed in with our scientific understanding.” I don’t think this article will change my practice based on its limitations, although some would consider me biased.  Will it change yours (please comment)?