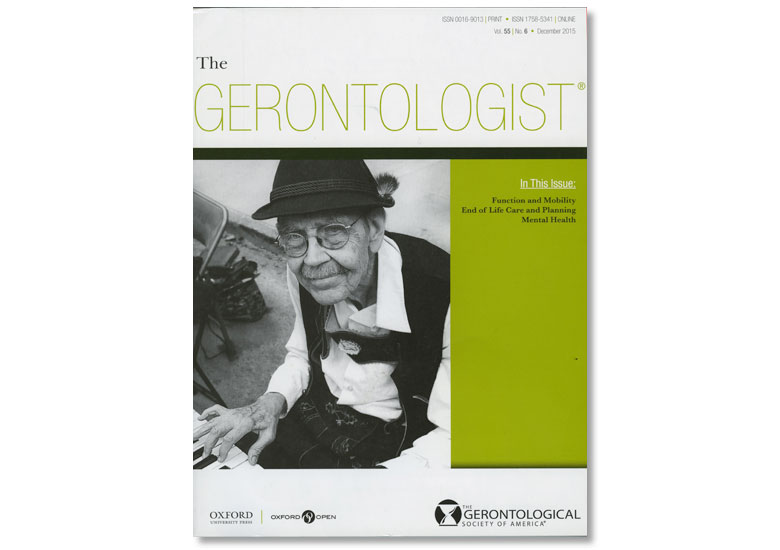 The current cover of The Gerontologist features a musician at the local Octoberfest, a yearly block party that celebrates the German immigrant heritage of my neighborhood in Manhattan that is now only a memory. TG is the flagship journal of the Gerontological Society of America, the nation’s oldest and largest interdisciplinary organization devoted to research, education, and practice in the field of aging.  Looking back at two decades of covers that I provided to TG, art and music have been a constant theme that captivated me as I visually explored the topic of aging.  I view it as spice that adds meaning and purpose to growing old. In this post I look back and show this side of my portfolio of covers.

Most of my work consists of shots taken on the spur of the moment of people I pass on the street or in my travels.   When asked by the editors to provide a cover for the special issue on Successful Aging, I took a train to Westchester to photograph Tao Porchon, a 90 year old dancer and yoga instructor. This is how TG looked before the design change.  I photographed this blind musician in La Paz, Bolivia as he sang sad songs in the main square of the city.  I’ve been to South America several times with the goal of photographing aging, and several of these shots made it to the covers of TG. 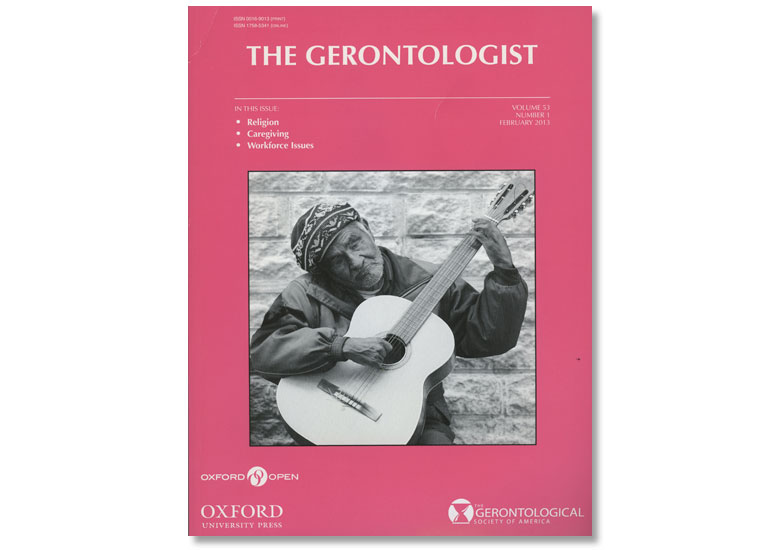 Through my connections at the National Arts Club in Manhattan I was able to photograph the hands of this 100 year old painter.  Although he could barely walk, he told me his fingers were as nimble as they were when in his 20’s. In another photo taken in Bolivia, this elderly shaman played flute on top of a mountain at the dawn of the Summer Solstice on Lake Titicaca.  The experience of climbing up in the dark to hear him and watch the welcoming ceremony was exhilarating. 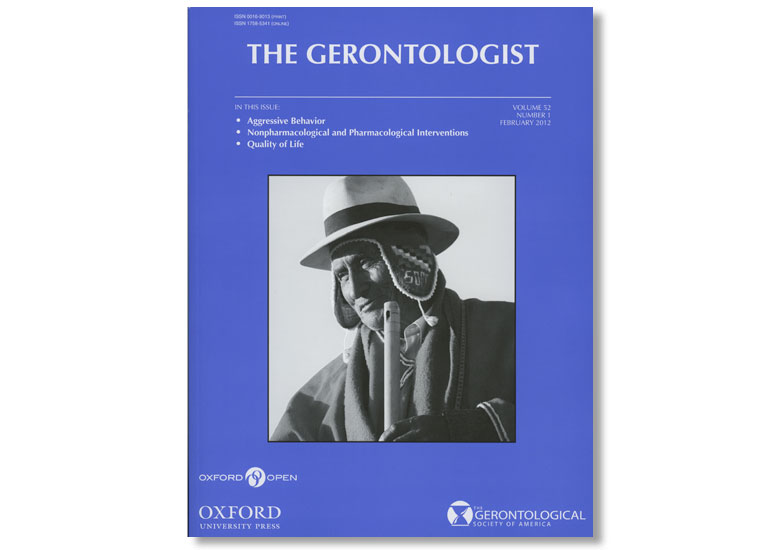 Edith O’Hara was founder of the Thirteenth Street Theater, an Off-Broadway performance space in Greenwich Village.  I photographed her on my way to make rounds at St. Vincents Hospital, a New York City institution which closed in 2010.  As a doctor in this neighborhood, I had the opportunity to care for many of the elderly artists and performers who once inhabited this now chic and gentrified part of Manhattan. 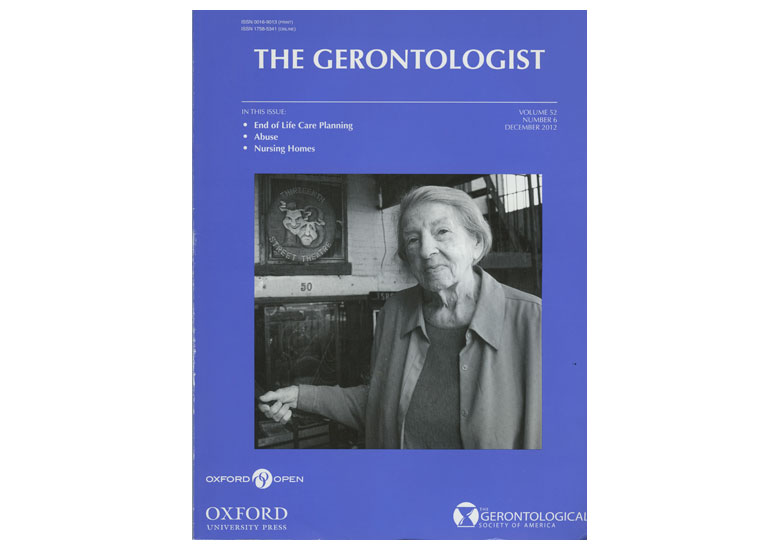 Mr Quiztow was an itinerant musician who spent summers playing on the streets of Cape Cod.  He entertained small crowds with his keyboard.  I photographed him in Provincetown in 2002. 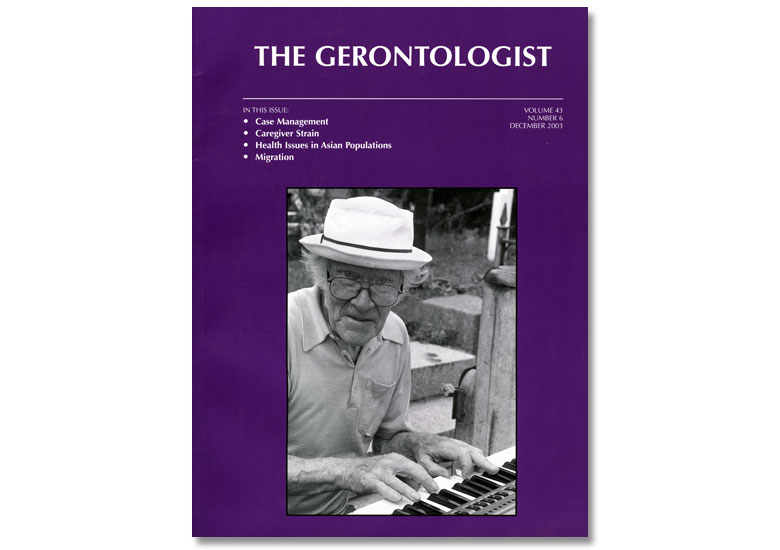 Art and music are expressions of creativity, skill, and imagination that persist and even flourish in old age. They nourish the human spirit, facilitating connections with others that are essential components of successful aging.  I have tried to convey this through my work on the covers of The Gerontologist.