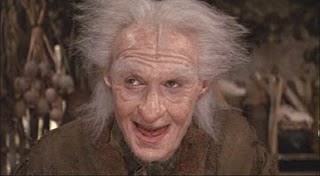 I was at a dinner a meeting of the Greenwall Faculty Scholars, a bioethics career development program for junior faculty, when an interesting issue came up.  Several folks at our table argued that patients who donate organs after cardiac death are not “Dead” (capitol D) at the time the incision begins to harvest their organs.  The question that arose was – should patients, families, and transplant doctors be informed that the patient is not completely “Dead” before organ procurement begins?

I am no transplant surgeon, but here is my basic understanding of the issue (with backup from these two articles in NEJM hereand here).  Patients who donate after cardiac (not brain) death are often kept alive using life-sustaining measures, such as mechanical ventilation supplied via a breathing tube, and medications that increase a persons blood pressure.  In some situations, with the consent of the surrogate decision maker, the patient is taken to the operating room and IV catheters are inserted and heparin pumped into the organs to prevent blood clots from damaging them.  Life-sustaining measures are stopped, the pulse stops (not electrical activity, the pulse), and the transplant surgeon waits two to five minutes after the pulse stops before making an incision to harvest organs.  At this point, several folks at our dinner table stated that in many cases the patient could likely be revived using CPR and re-institution of life-sustaining measures.  The brain could expect in many cases be expected to return at least some function after resuscitation.

Some at our table argued that patients, families, and physicians should be informed of this issue.  The argument is based on the longstanding tradition that families be fully informed before they make a decision.  The argument is that we owe it to patients and their families to be truthful about such momentous life and death decisions.  If patients and families get wind that doctors are not being truthful, this could erode their sense of confidence in medicine in general, and the transplant enterprise in particular.

Several of us disagreed.  We disagreed for two reasons.  First, the distinction is meaningless to patients and families.  Even a sensitive conversation is likely to be more confusing than it is helpful.  For example, something like, “Your loved one has a condition that will result in a lack of blood flow without the use of machines.  Most people would consider this condition to be death, although it is not strictly death from a medical standpoint.  With your consent…”  This sort of conversation is inevitably going to lead to a great deal of confusion at a very difficult time for families.

There is an infamous scene in the Princess Bride where where Miracle Max, played by Billy Crystal, explains the distinction between mostly dead and completely dead to Inigo, played by Mandy Patinkin.

Attempting to explain such distinctions in the real world will make families wonder if there is a possibility their loved one could live, just as they are coming to terms with their death.  The farcical Princess Pride aside, semi-realistic Hollywood movies propagate this fantasy (think Flatliners). Such distinctions are best left to Hollywood.

The other reason for not disclosing the distinction has got me thinking the most.  One of the people at the dinner table was friends with a transplant surgeon who refuses to make an incision unless the patient is declared “Dead.”  Even if this is a fiction, it may be important to maintain for reasons that are not completely rational.

It’s clear that the surgeon will not be the cause of the patient’s death – the disease that led to the cessation of effective circulation of blood flow is the cause – but it still may matter to the surgeon.  And the reason it matters is not rational, or based on ethical principles, but rather irrational, based on emotion and a visceral reaction.  There is something qualitatively different about cutting into a person who is dead and removing their organs than cutting into someone who might be alive.  This is similar, for example, to how there may be no ethical distinction between withdrawing and not-starting life-sustaining treatment, but the reality is that they just feel different to patients, families, and clinicians.

A terrific recent New York Times article discussed just this question: how much weight we should give to irrational motivations?  The article was hilariously titled The Amygdala Made Me Do It, and describes the invasion of “Can’t Help Yourself Books” in the lay press, including “Thinking, Fast and Slow” by Nobel prize winner Daniel Kahneman.  The article concludes:

Does this mean we have no “agency,” no capacity to act on our own? Or can autonomy thrive within the prison of self-ignorance? “We have to believe it does,” says Steven Lukes, a professor of sociology at New York University highly admired for his work in moral philosophy. “If we seriously thought that our intentions made no difference to how we behave, we couldn’t go on using the language of ethics. How would we go on living the lives we live?” Or doing what we think is right? “People have free will when they ‘feel’ they have free will,” says Professor Kahneman. “If we didn’t believe in it, we would have no responsibility.”

I think both are true.  On the one hand, we must strive to understand the logical, rational, ethical reasons for our actions and strive to use normative reasoning to guide our actions.  On the other hand, we must acknowledge that these irrational reasons carry some weight, like not wanting to cut into a person who might be slightly alive, even though such distinctions may be meaningless.  And perhaps in some cases, such irrational reasoning will lead us to maintain what is technically a fiction: believing people are Dead when in fact they are only dead.