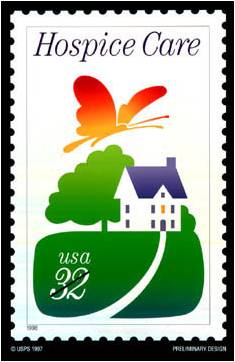 I was very disappointed with the recent New York Times Article “Concerns About Costs Rise With Hospices’ Use.” The article paints an unbalanced picture of the Medicare Hospice Benefit highlighting “the concerns about excessive costs and misuse” while omitting many of the safeguards in place that are effectively working to prevent fraud. The Medicare hospice benefit is currently a misunderstood and underutilized benefit and unfortunately articles such as this can only perpetuate this problem.

The author states “once a patient is enrolled in hospice, Medicare pays a flat fee ranging from $147 to $856 a day, depending on the level of care, regardless of whether a hospice actually provides services” implying that Medicare will pay for all hospice patients for an unlimited amount of time regardless of whether they receive care. The article failed to mention that hospice agencies currently are subject to an aggregate financial cap. The Medicare cap amount is approximately $24,000 per hospice beneficially per year. The aggregate cap is calculated as the product of the individual beneficiary cap amount and the “number of Medicare beneficiaries” in a hospice program in any given accounting year. Agencies where the majority of patients live longer than 6 months will exceed the cap amount and will be required to repay Medicare – essentially providing free service to their patients. The aggregate cap ensures that the average length of stay of all hospice patients is less than 6 months. Each hospice agency is also required a minimum of one house call nursing visit to each patient every two weeks and to report the services that they provide to Medicare – it is doubtful that many agencies will be paid if they are not providing any services.

Of note, the assertion that “When properly used — that is, at the very end of life — hospice care also has saved the government money” is being challenged. Data suggests that hospice care is cost effective when used earlier. For this reason legislation is currently being considered to establish a 3-year moratorium on Medicare’s calculation and collection of the hospice cap, and to authorize a study on the resource-effectiveness and quality of the hospice benefit compared to other Medicare acute care alternatives.

The article highlights companies that were found to be fraudulent by Medicare whistleblowers and required to repay Medicare millions of dollars for “discouraging hospice discharges” and trying to find a way to “keep patients on as long as possible” strongly implying that fraudulent long length of stays are a widespread hospice problem. Yet the article also mentions that the “median time spent in hospice care now is just 17 days.” If the majority of hospices were fraudulently keeping patients on wouldn’t the overall length of stays be longer? Or could it mean that this isn’t really an overwhelming problem? Interestingly, the article states that “in 2009, 10 percent of patients remained in hospice beyond seven months” which also means that 90% of patients remained in hospice less than seven months.

“Medicare’s bill for hospice care rose to more than $12 billion in 2009 from $2.9 billion in 2000.” This can seem startling when considered in isolation. To put this number in perspective approximately one-third of the total Medicare budget is expended on individuals at the end of life, but the Medicare hospice benefit represents a relatively small proportion of total Medicare spending. In 2010, an estimated 2.8 percent of Medicare benefit payments were spent on hospice care, with the same percent anticipated for 2011.

Although the bill for hospice care is rising, it will still be cost effective if the overall amount spent on end-of-life care decreases or if more patients can receive end-of-life care through hospice (instead of the 30% of the total Medicare budget currently spent in other venues such as the hospital or the ICU). As the author states “Providing dying patients with palliative care in their own homes, or in a hospice facility or nursing home, is far less expensive than continuing to order up futile medical treatments, studies have shown.” I think this last statement would have been a far better focus for the entire article.