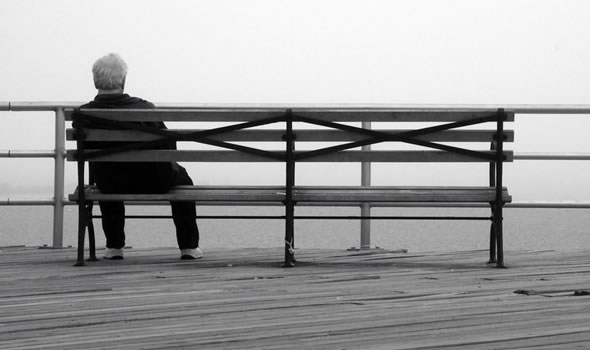 2 recent articles have helped me prioritize addressing loneliness of patients.

An opinion piece in this week’s NEJM “The Loneliness of Visiting” emphasizes loneliness in the hospitalized patient during a prolonged hospital stay and how hospitalization is perceived by the family. After 3 months in the hospital, “The problem is the poor chap is lonely” the intern states. The team question why the family has quit coming to the hospital. The situation dramatically changes when the patient develops a stroke. In a delightful change of narrative, the patient changes from Mr. Wilson to Brad. The author, Dr. Ranjana Srivastava has known Brad since medical school and continues to visit daily not as a doctor but as a friend sitting by the bedside. From that perspective, Dr. Srivastava struggles with how to be present with the critically ill. Cell phone and newspapers have to be put aside when she recognizes they are keeping her from being with Brad. Then as a nurse asks what she is doing there, she ponders the question of whether our system keeps family away. She recognizes that being with the critically ill is often an introduction to mortality family members. Finally, she sympathizes with the Wilson family. Whereas, initially she viewed their lack of presence in the hospital as selfishness, she comes to see it as “self-insulation.”

I also highly recommend the Wakley Prize winning essay “An Epidemic of Loneliness” by Dr. Ishani Kar-Purkayasatha in December’s Lancet. Dr. Kar-Purkayasatha describes a patient on the wards named Doris who presented with palpitations. Despite a negative work-up, three weeks later (!!!) Doris is still in the hospital. On the planned day of discharge of December 24th, and after two previous attempts to discharge, Doris has more symptoms. Yet after another evaluation, the true problem reveals itself. “Doctor”, she asks, “can you give me a cure for loneliness?”

Among those over 85, 52% of women live alone compared to 29% for men. Many will have outlived not only spouses/partners but also their friends and children. And loneliness may impact patients physically. Loneliness may diminish the effectiveness of the cardiovascular, nervous and immune systems. The positive impact of exercise may even diminish in the lonely.

How can we deal with an epidemic of loneliness? While it would be nice if a simple antidepressant prescription would provide a cure, not all loneliness is depression. And, while we can involve social services, and make referrals to senior centers and counseling sites, the key to activating these resources is successfully identifying the loneliness.

I recently saw a delightful 93 year old who is the paragon of health. After some review of his perfectly controlled hypertension, it was clear he wanted more from our encounter. Screening for geriatric conditions was completely negative. He exercised two hours a day. He continued to publish in academic journals. He had normal cognition, and a geriatric depression screen was negative. Then, he began to tear as we discussed how he was coping with a few years of widowhood. “I am just so lonely.”

I often use the simple screening tool, “Are you sad or depressed?” in clinical practice. Now my follow-up question for the elder living alone will be, “Are you lonely?”