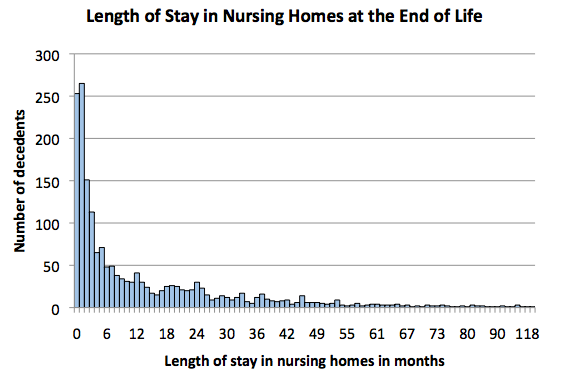 One out of every four of us will die while residing in a nursing home. For most of us, that stay in a nursing home will be brief, although this may depend upon social and demographic variables like our gender, net worth, and marital status. These are the conclusions of an important new study published in JAGS by Kelly and colleagues (many of whom are geripal contributors, including Alex Smith and Ken Covinsky).

The study authors used data from the Health and Retirement Study (HRS) to describe the lengths of stay of older adults who resided in nursing homes at the end of life. What they found was that out of the 8,433 study participants who died between 1992 and 2006, 27.3% of resided in a nursing home prior to their death. Most of these patients (70%) actually died in the nursing home without being transferred to another setting like a hospital.

The length of stay data were striking:

The authors also found that length of stay varied based on a number of demographic, social, and clinical factors. For instance:

I had a chance to talk with the lead author, Anne Kelly, about the implications of these findings. Kelly told me “that even though this study doesn’t address why certain demographic and social factors lead to a shorter length of stay, it does look like people with greater social support at home have shorter lengths of stay when admitted to a nursing home.”  Kelly also explains that the findings of this study reinforce the idea that advance care planning needs to occur upon admission to a nursing home. In her words: “it’s best to begin those discussions early on and readdress them frequently during their stay given that so many people are going to be there for only a brief time.”

I think these findings have broader implications for our community as well. For one thing, I think it should make us re-evaluate our priorities when thinking about where we put our clinical efforts. For instance, most palliative care consultations occur within hospitals, although most patients will die outside of the hospital setting. With the recent NEJM study on the effectiveness of outpatient palliative care (see here to learn more), maybe we should think of more effective ways in partnering with nursing home providers to manage the end-of-life needs of these patients.  Sounds like fresh territory for a geriatrics and palliative care collaboration (hmmm, I wonder what we should call such an endeavor???) 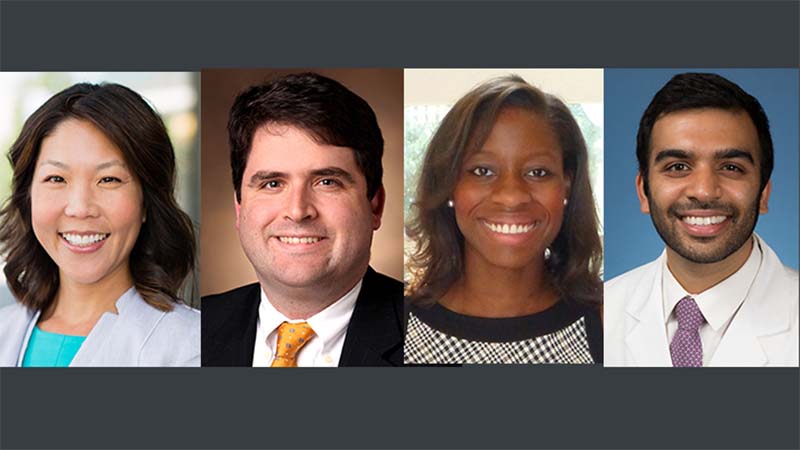