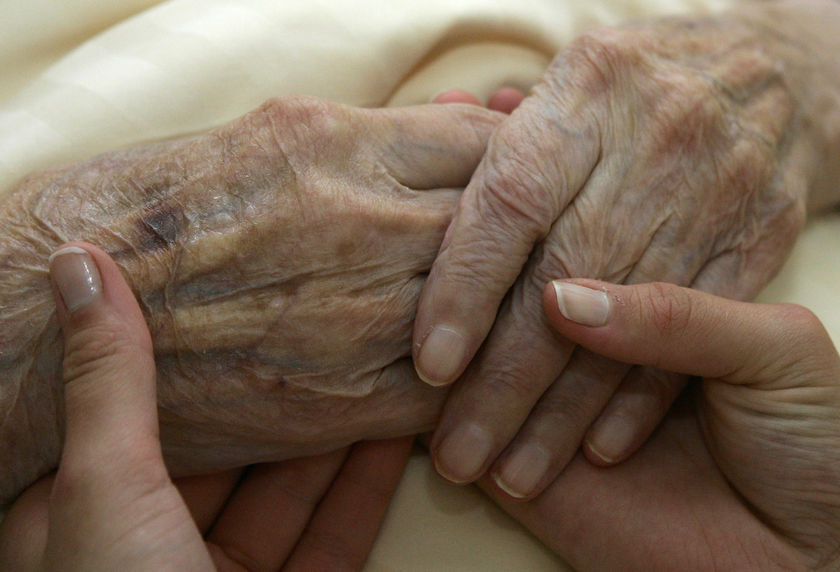 I didn’t know my Grandmother very well as I was growing up. In fact, I’m not sure I even liked her very much when I was younger. I first met my father’s mother when my family moved to Taiwan in 1979. I was five and in the middle of kindergarten. My grandparents lived with my uncle, aunt, and 3 cousins in the small apartment above my family’s unit in Taipei. My grandparents spoke primarily Taiwanese, a dialect I could barely understand (I was self-congratulatory when I was clever enough to announce to my Dad “It’s supper time” in Taiwanese). My parents, siblings and I lived in Taipei for almost 3 years, after which point my mother brought us back to California. My Dad stayed back in Taiwan to work for several more years.

In the end, most of my Dad’s family moved to the States, my grandparents with them.
My Grandfather took some English classes which helped us communicate with each other. But my Grandmother remained someone to whom I would sheepishly nod and smile (and then later quietly ask my parents or cousins what she said).

I was not close to my Grandmother at all through most of my adult life. She came from a generation and culture that was foreign to me–one in which women did not work outside of the home. Her life and perspective were focused on women as subservient to men, and daughters and daughters-in-law in service to her. There was a fair amount of intergenerational tension between my mother and my paternal grandmother. I tended to side with my mother. (On hindsight, I realize my Grandmother was simply living and believing tenets in the only way she could, in the way she herself was brought up) I recoiled from her traditionalism and conservatism, especially as I delved further into my own life and profession. During this time, I stayed fairly removed.

But then my Grandmother began to develop dementia. No one in the family quite recognized it at first. But as a geriatrician, I knew that Ahma was not just ‘forgetful.’ She experienced multiple hospitalizations, all manner of illnesses, and with each one, came home frailer and more forgetful. As I watched her grow thinner, weaker, and more demented, my relationship with her grew deeper. I only saw her every few months, but during my visits, she would never fail to ask me, “Who are you? Ah! Helen. Do you have children? Are you married?” to which I would reply, not yet, Ahma, some day. Three minutes later she’d ask me the same question. And, somehow, even though with my own mother my patience wanes with repeated questions, with my Grandmother I felt it made us closer.

Her dementia progressed. Her husband, my Grandfather, also developed dementia–with a predominance of paranoia and agitation which was so hard for my family. Eventually my parents and uncles and aunts made the difficult decision of placing my grandparents in a nursing home. I know it broke my father’s heart as the eldest son who was supposed to care for his parents forever.

In the last 2 years, my Ahma continued to decline. She could no longer walk or feed herself. She still spoke a few words–mostly in Taiwanese which I could barely understand. Most of the time dementia is horrific and traumatizing for stealing the personalities and insights of the people we love. But, oddly, in the case of my Ahma and I, our relationship through the language of dementia grew in ways it never would have if I was still trying to decipher her Taiwanese. I no longer recoiled at any expectations that women serve. Her only expectation in her demented state was kindness, help with her basic activities, responding to a smile with a smile, and holding hands. I got this. I would sit with her and rub her hand, give her a big smile, and tell her again, “Not yet, Ahma, some day.”

She died last Thursday. Quickly and suddenly after cracking a small smile and saying my Grandfather’s name.