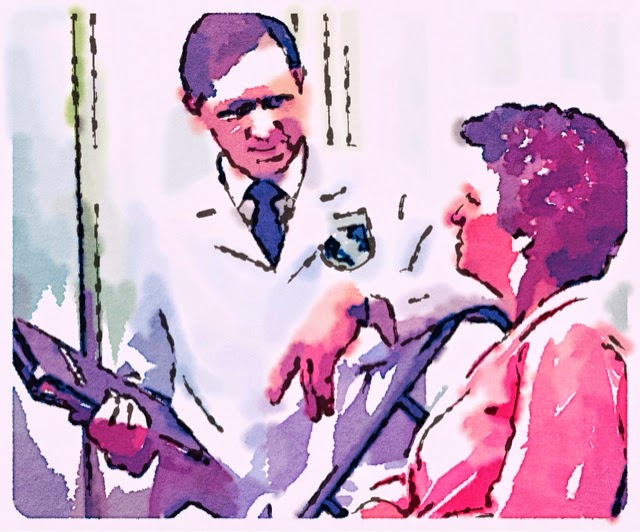 In 2010, the Temel article reported that early palliative
care prolongs survival in patients with Non-Small Cell Lung Cancer
(NSCLC). As a palliative care physician,
I would love to believe that excellent symptom control attention to patients’
goals of care would increase a patient’s quantity of life as well as quality of
life. However, I find it somewhat
implausible that palliative interventions would prolong life in patients with
NSCLC. What is the mechanism by which goals
of care discussions delay the progression of cancer? How do opioids and other symptom management
medications prolong life? Since the
basic finding was that patients randomized to early palliative care lived
longer than patients randomized to standard care, we must seriously consider
the conclusion that standard oncologic care is shortening life.

How might evidence-based, standard of care oncology
therapies that have been proven to prolong survival in randomized trials actually
shorten life? One possibility is that
oncology trials (like most trials) enroll younger, healthier patients than
standard oncology practice. We know that
patients who are older with greater comorbidities and functional impairment are
at higher risk of suffering the adverse effects of many treatments and less
likely to reap the benefits. Thus,
although the evidence may support the use of the standard chemotherapy in
younger patients, when extrapolated to older, multimorbid, real-world clinical
setting patients, the harms of the standard of care may have outweighed the
benefits.

The Temel study showed that early palliative care prolonged
survival compared to standard care. An
equivalent description of the results would be that standard care shortened
survival compared to early palliative care. Currently, we do not have enough data to determine which interpretation
is more valid. Hopefully, additional
data from this study will shed light on whether current standard care is being
inappropriately applied to older, sicker patients leading to shortened life.