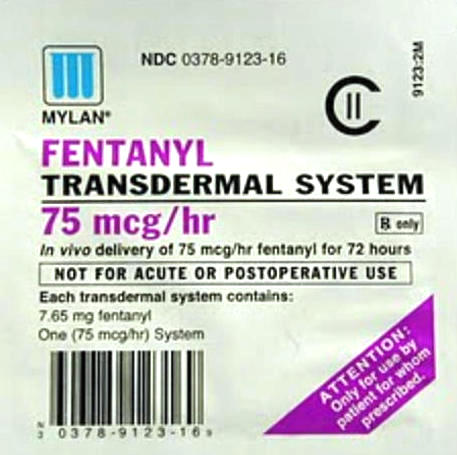 If you had to guess what long acting opioid is most commonly started on in nursing home patients, which one would you guess?    A new study released last week in JAGS shocked me.   The answer to this question was a fentanyl patch.   Even more shocking, many of those started on this medication were never prescribed any opioids prior to being started on a patch.

Ok, before I get ahead of myself, let me describe the study.   The authors used nursing home data from 22,253 Medicare-enrolled long-stay residents (meaning that they had to have a stay of greater than 90 days).  They combined the Minimum Data Set (MDS) with Medicare enrollment, hospital claims, and prescription drug transaction data from January to December of 2011 to determine the prevalence of new initiation of a long-acting opioid prescriptions.   They excluded residents who were comatose, who did not initiate a long-acting opioid after nursing home admission, or who had less than 3 months of continuous enrollment in Medicare Part D before initiation of a long-acting opioid.

What they found was eye opening:

I have some worry about a blanket statement against the use of long acting opioids without starting a short acting agent first, I do feel that starting a fentanyl patch in an opioid naïve patient is dangerous.   My only hope is that the study didn’t capture opioid prescriptions that were outside of the Medicare Part D benefit, which is possible but unlikely to account for all of their findings.