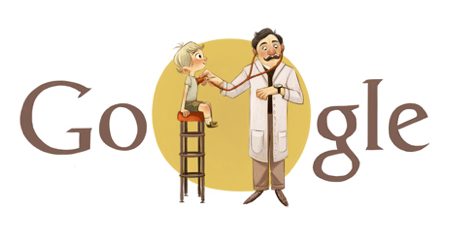 I’m at the annual SGIM meeting and the following topics came up in conversations w/various folks, so I thought I should write about it.

First, I was struck by a recent news article about Google and how the expectation is that each one of their new products should be 10 times better than the competition.  In an interview, Larry Page talked about how setting the bar that high forces everyone to think “outside the box” and come up with new, transformational ideas, rather than tinkering around the edges to make something marginally better.

Second, I was struck by a recent scholarly article by Mittra entitled, “Why Modern Medicine is in a rut” (PMID 19855121) (Props to Dave Aron who suggested the article to me).  In it Mittra argues that the first 30 years after WW2 was characterized by transformational change:  Dialysis, Ventilators, CABG, etc.  However, the last 30 years have been characterized by incremental change despite a huge increase in research funding.  He cites 2 reasons:  overdependence on high tech research (i.e. Human Genome project) and overdependence on big RCTs (if you need 5000 pts per arm, by definition the effect is modest–truly transformational requires only small studies because the effects are so profound.)

I’d argue that we need more Google-like thinking in research.  We shouldn’t be investing $200million on a single study to figure out whether triple anti-platelet blockade is better than double blockade.  Rather, we should be spending that money to 200 $1M grants to think about revolutionary approaches to atherosclerosis.  I don’t know what those revolutionary approaches would be, but I am fairly certain that few funded grants are proposing interventions that are 10 times better than current standard of care.

Finally, I was talking to Seth Landefeld, a mentor and disruptive thinker, who talked about how the projects he’s most proud of are the ones that were not grant funded.  I think this points to the fact that most researchers are drawn to transformative, high-risk projects.  The problem is that the vast majority of what is funded is incremental research.  So, the safe path is often to do that study on triple blockade rather than transformative research.