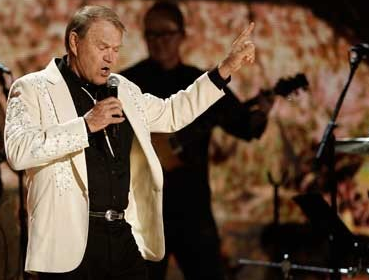 My neighbor told me recently about a musician named Glen Campbell who is still performing despite Alzheimer’s dementia.  This shows my age, but I had never heard of him.

His story is inspiring for the support he is receiving for continuing to perform while living with early stage dementia.  His children are his backup band, and they occasionally have to remind him “we played that one already, Dad.”

Mr. Campbell’s wife says that a music and performing are therapeutic for him.  The new memories don’t form well – he has to be reminded that he has Alzheimer’s disease – but the songs and guitar skills, honed with decades of performing, are still there.  Theresa Allison has written previously on GeriPal about how singing to people with dementia improves quality of life – I’m sure that people with dementia who sing and play music experience similar benefits.

Here’s a nice video about the story.

Glen Campbell performed and was honored with a tribute during the Grammy Awards this past weekend.