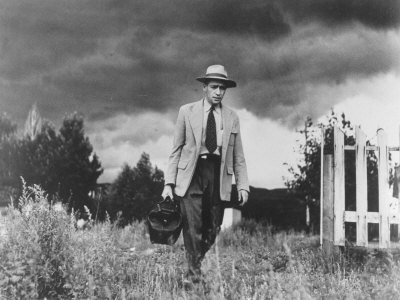 So the Baby Boom is here, and the US population over 65 is going to rise to 20% of the population by 2030, and we lack adequate geriatric workforce. And in the rural areas of the country, things may be even more challenging! The increase in percent of population over 65 is expected to be even greater in rural areas. Furthermore, elder rural residents have higher rates of chronic disease, have lower self-rated health, and are more likely to live in poverty that their urban counterparts.

Meanwhile, natural decrease (the phenomenon where deaths in a county exceed births) is impacting rural areas especially in the hot spot areas of Great Plains, Upper Great Lakes, Appalachians, Ozarks, and extreme southern Illinois, western Kentucky, and Tennessee. With smaller numbers of births and with young workers’ outmigration, health care agencies such as home health and hospice may find it harder to find health care workers as the need increases.

This month’s Journal of the American Geriatrics Society details the distribution of geriatricians across rural vs. urban United States. Physician specialty was determined from the AMA Physician Masterfile from 2000, 2004, 2008 and this was merged with US census data to provide a county level analysis. Nearly 90% of the geriatricians were located in urban settings. There were 1.48 Geriatricians/10,000 older adults in the most-urban area, compared to only 0.80 Geriatricians/10,000 older adults in the most rural area. Large geographic areas had no geriatrician. General Internal medicine practitioners had a similar distribution to geriatricians with greater presence in urban areas, while family physicians were more evenly distributed across the rural-urban continuum. So what do we do to help the rural elder?

Telemedicine based face-to-face visits for complex elders with a geriatric center may be one answer.

But for Geriatrics programs in urban settings, one way forward may be to partner with community-based training programs and provide geriatric training to future rural practitioners.

How do you impact the rural elder? What works in your area?