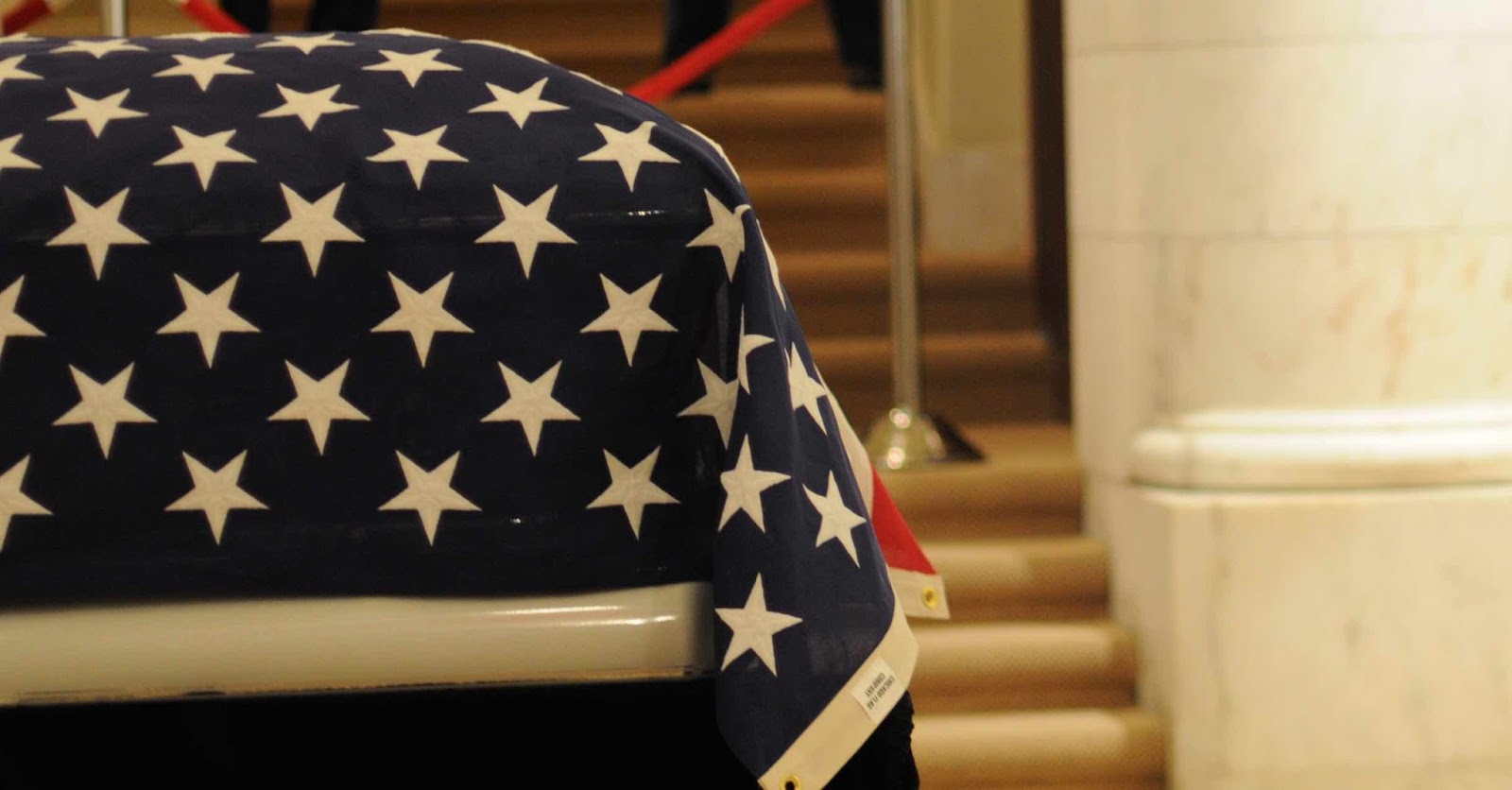 I am a social worker two years into my career, currently working with veterans on an inpatient hospice unit. My clients range in their generational experience of war, from the Gulf to WWII. My work with these veterans is intense, yet rewarding, and every day they teach me a little more about life. Recently, I returned to my office from an extended trip and was informed that a veteran I had worked with closely had died.

This is not uncommon. I mean, I work in HOSPICE. All of my clients, veterans, will at some point die while in my care. It’s the nature of the work. I assumed that many of my clients would be gone upon my return. I had not been back to work for more than a few hours before this particular client had died. In the flurry of the day, I didn’t get a chance to see him or say goodbye.

After a veteran dies on the hospice unit, the nurses clean him/her up, put him/her on a gurney, cover the body with a symbolic flag and silently process to the morgue. The body then remains in the morgue until the mortuary comes to pick them up. Anyone is allowed to join in the procession from the veteran’s room to the morgue. This is particularly helpful for families who are grieving the loss of their loved one as it facilitates closure and begins the healing process.

Though moving and helpful, something has been missing from our ritual. Another staff member, a veteran himself, has been reorganizing the process so that when a veteran dies anywhere in our facility, the veteran is draped in an AMERICAN FLAG, followed by the procession. This might not seem like much of a change to an onlooker, but to me, it made a world of difference.

The veteran’s flag is clean and simple. It has a red border and a blue star in the center. Half the time, no one really knows what it represents. Sometimes one can fail to realize that it is, in fact, a flag and not a decorative sheet. It does not carry antiquity in its fibers or require much by way of ceremony or procedure. In contrast, the American flag is vibrant and recognizable. It’s threads are woven in honor and stained in sacrifice. It has been destroyed, defiled and then raised up in celebration. It carries the history of a nation in its fabric and commands reverence. The type of reverence that derives from the unspeakable loss that comes with laying down one’s life for a country, and a people, that you love.

As I saw the bright reds, blues and spangled stars pass my office, I shot up and joined the procession for my client. There were no family members present…only a few medical team members and me. This happens often, as many of the veterans who come to this hospice unit have no close friends or family to speak of. In the end, the medical staff becomes like family to these veterans. I was comforted by the fact that at least he had us. I fell in line behind the nursing assistant and placed my hand on the gurney. I felt the cloth of the flag under my skin and whispered a soft prayer for my patient. I told him what an honor it was to work with him and I thanked him for teaching me.

There are long standing protocols to tucking and folding the American flag away. Once we arrived at the morgue, another nurse and I were singled out to receive an on the ground training to the procedure this symbolic emblem requires. I imagined the uniformed men and women I had seen do this before. I saw their crisp, white gloves gripping the flag tightly, folding her with their deft fingers and overwhelming sense of duty.

I tried to embody these memories, but my fingers were not so deft and nothing about my outfit that day was crisp. As I bent the flag into its neat, triangular pattern, under the watchful, silent gaze of my colleagues, I began to feel something. Tears began to well up in my eyes and I was confused. Who was I crying for? Was I crying for my patient who just died or for all of my patients? Was I remembering when a flag was folded for my grandfather? Was I filled with an unfamiliar sense of patriotism that was so strong that it was causing me to cry? Honestly, I’m not really sure.

I have worked with over 170 veterans during my time in hospice. I find that I carry these 170 veterans with me every day. Mostly, I carry their stories. Stories of brutality and horror, of hope and survival. Stories about falling in love and the birth of children. Stories of paranoia and fear, of betrayal and heartache, of resiliency and redemption. Sometimes the weight of these stories aches within me, but I know I am a better person for having heard them. These stories teach me that heroism exists and that the world is still worth fighting for. People are still worth fighting for. I hold these stories deep within me and I grieve for the loss of those that have told them.

After the procession was over, I took to the rose garden outside the hospital. I sat on a bench and looked up at the sky. I saw how blue it was and I felt the sun on my face. I listened to my own heart beating and for just a second realized what a miracle it is to be alive. In that moment, the stories and grief stood still. I sat, and I was thankful.