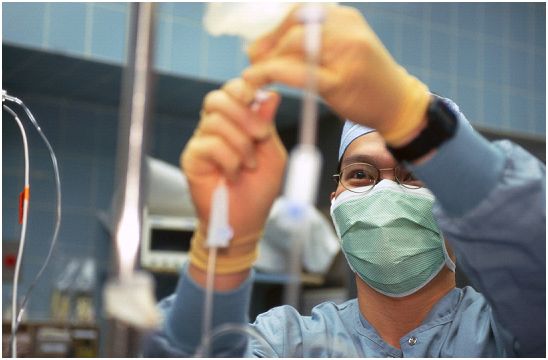 Over the last week Reuters, ABC news, MSNBC, BBC News, and more than 75 other outlets reported on how two “two new studies add to growing evidence that morphine and other opiate-based painkillers may promote the growth and spread of cancer cells.” What was most shocking were the headlines used to promote the stories:

All these articles (most stemming from an initial Reuters report) discussed the recent presentation by a group from the University of Chicago on the mu-opioid antagonist methylnaltrexone (otherwise known as Relistor or “that new opioid induced constipation medication”). This work, as presented at a meeting in Boston, revealed that use methylnaltrexone prevented tumor-cell proliferation and migration in cultured lung cancer cells. The group also presented work revealing that genetically altered rodents lacking the mu-opiate receptor failed to develop tumors after being injected with Lewis lung carcinoma cells, something that did occur in normal mice. This is an interesting line of research and one that gave the makers of Relistor a shot in the arm (as one website put it – “a possible new indication for Progenix’s Relistor could revive its fortunes”.) I find the pathophysiology behind this incredibly interesting from an academic standpoint, however it is neither something that would warrant such dramatic headlines nor spur thoughts that it is anything but research in its infancy.

What about the claim that there is “mounting clinical evidence” that morphine may accelerate cancer growth? The only real clinical studies in this regard come from a single institution in Ireland and are basically a couple retrospective cohort studies comparing regional versus general anesthesia. The first one of these articles (Anesthesiology. 2006; 105(4):660-4) showed a beneficial relation between paravertebral block and cancer recurrence in women undergoing breast cancer surgery. The study’s authors acknowledge that “selection bias and the effects of unmeasured confounding variables” could not be excluded, as well as the fact that “relevant information such as the amount of morphine given” was not available in the records. The second study was nearly identical except it was in patients undergoing radical prostate surgery (Anesthesiology. 2008;109(2):180-7)

The most important take home point is that none of these studies actually looked at opioid use (although many of the news articles vaguely cite these studies as evidence for morphine’s deleterious effects on cancer). Even if you want to argue that these were high quality studies and there is a clear benefit of regional anesthesia, opioids should not be singled out as the cause.  Benefit of regional anesthesia may be due to a myriad of other effects of regional anesthesia including the lack of volatile anesthetic agents or an improved stress response. These studies are noteworthy, but I agree with the authors of these articles that they should “be viewed as generating a hypothesis and an estimated effect size for future large randomized controlled trials”.

So if you have a patient on morphine asking you whether “morphine will make my cancer worse”, the answer is no. There is no clinical evidence that morphine, or any other opioids, cause real harm through stimulating cancer growth. There is though significant high quality evidence for their benefit in relieving pain and suffering.