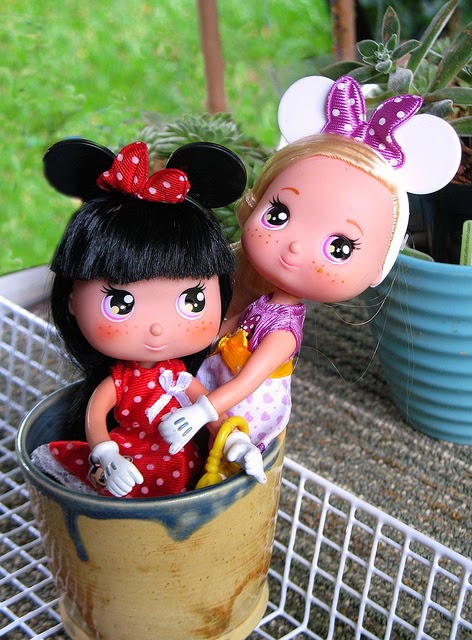 This post is the first in the #GeriCases series, in which we discuss a clinical case in geriatrics and the attempt to provide patient-centered care with the use of best available evidence.

Mrs. GM, an 84 year old woman with moderate dementia with behavioral disturbances, comes in accompanied by her daughter to the office. Daughter was feeling overwhelmed trying to care for her mother, and very angry and frustrated that she can’t seem to get help. Mrs. GM lives alone and is independent in her ADLs and most IADLs despite having dementia. The problem is that at night she becomes confused and starts shouting and banging on the walls. She wakes up her neighbors who call the police. Her daughter doesn’t know what to do and thinks that her medications (including an anti-psychotic) are not helping. I wondered if there was another way to help her. I remembered that in the nursing home, some residents who were very agitated were given dolls. I wondered if doll therapy was an option instead of rotating to another anti-psychotic.

My clinical question was: In community-dwelling patients with moderate dementia, does doll therapy lessen episodes of aggression and agitation as compared to antipsychotics and non- pharmacologic interventions?

I searched PubMed using search terms: “doll therapy dementia” and found a review article. The aim of the article was to have a comprehensive review of studies that used dolls as therapeutic intervention for patients with behavioral disturbances associated with dementia. Authors had a broad search strategy because as expected, there were not a lot of studies on this subject. The authors found 125 articles which were narrowed down to 11 studies which were a combination of observational, focus groups, and semi-structured interviews; nearly all were conducted in nursing homes and only 1 in a hospital ward being the exception. In total, sample included 448 patients with dementia and 49 healthcare professionals, of which 40% (190 participants) were from lower quality studies.

All of the studies found doll therapy to be of some benefit to patients. Patients became calmer, more interactive with others including physicians and other residents. They also had increase in dietary intake thought to be due to an improved dining experience since they were more social with the dolls. Majority of people that related to dolls were women and they connected with other residents who also had dolls. One of the studies mentioned of a few women with dolls that would sit together in a circle and cradle their dolls. Some became so attached to their dolls that they became agitated and aggressive when the dolls were taken away either by staff or another resident. Interestingly, some lost interest in their doll after a few months. Furthermore, some staff members and healthcare providers felt that doll therapy was demeaning and infantilized the patient. Limitations of this review included questionable validity of included studies, lack of a standardized tool to measure improvement in agitation and variability in the use of dolls as the intervention. Also, none of the studies included community-dwelling people with dementia.

Despite the review not giving me a clear answer about the effectiveness of doll therapy, especially in community dwelling individuals, the intervention is relatively cheap and without the risks that antipsychotic and other pharmacologic interventions carry. It is worth trying as long as the family understands the rationale and doesn’t think the dolls are demeaning. When I mentioned using a doll as a treatment strategy, her daughter laughed at the idea because her “mother isn’t much of a nurturer”. She said she would consider it if her mother’s agitation did not improve.