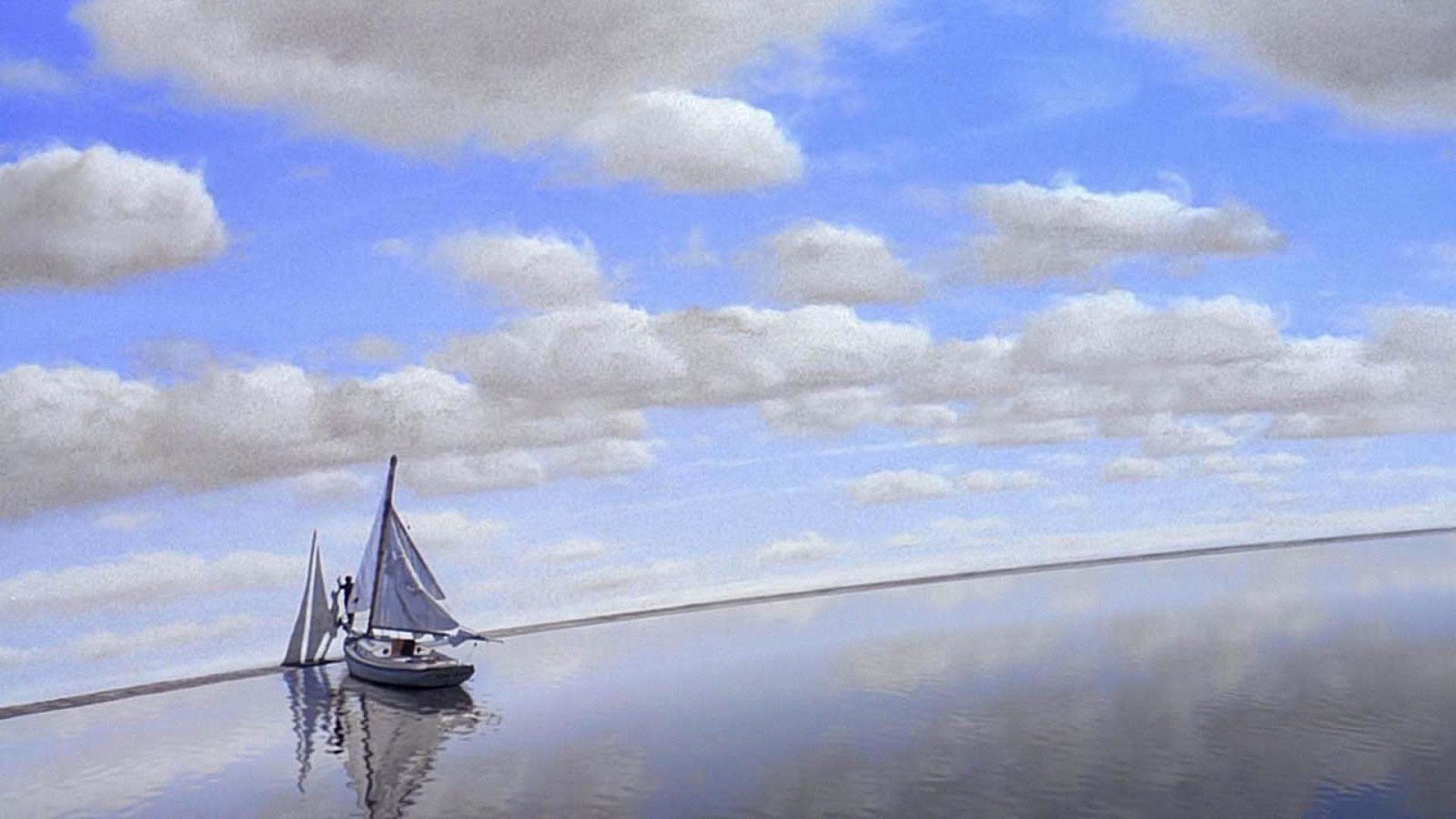 There is broad consensus in the medical community that lying to patients is unethical.  However, in the care of patients with dementia, the moral clarity of this approach blurs.  In her recent New Yorker article, “The Memory House,”  Larissa MacFarquhar provides an excellent portrait of the common devices of artifice, omission and outright deception that are frequently deployed in the care of patients with dementia.  She furthermore explores the historical and ethical underpinnings of the various approaches used in disclosing (or not) information to patients living with dementia.

Ms. MacFarquhar introduces the idea of “compassionate deception,” or the concept that withholding truths, or even promoting outright falsehoods, is a reasonable and even ethical choice for those caring for patients with dementia.  To the extent that it helps a person with dementia feel happier and calmer, allowing them to believe in a gentler reality (one in which, say, their spouse is still alive) is seen as a compassionate act.  Is there an argument to be made for a similar construct in the larger context of palliative care?

The relatively recent emergence of the concept of patient autonomy as well as the advancements of biomedicine have left us in palliative care without a large amount of historical precedent upon which to base our truth-telling practice.  As Ms. MacFarquhar points out in her article, “Until recently, for instance, it was thought that telling the truth about a fatal illness was pointless and cruel.”  In the past, when patients were usually diagnosed relatively late in their illness and there were few effective treatments for most diseases, the precept of beneficence was often invoked to justify withholding distressing prognostic information from patients.

Currently, however, advances in biomedicine have increased the time patients live with serious illness as well as the number of treatment options they may consider.  The gold standard of making decisions about a patient’s treatment is shared decision-making, a concept which relies on a full disclosure of the nature of a patient’s illness as well as the potential options for treatment.  These factors raise the stakes for the way we approach truth-telling in a larger palliative care context.

Obviously, a key difference between patients with advanced dementia and patients with serious illnesses is the ability for the many of the latter to give their explicit consent to participating in a situation of non-disclosure or deception.  To some providers, this may constitute a crucial difference in whether deception is acceptable.  To others, it may be a more peripheral detail in the overall consideration of whether it is okay to lie to patients.  Regardless, I will argue that many of the frameworks in MacFarquhar’s piece provide a valuable lens to examine deception and truth-telling in a larger palliative care context.

MacFarquhar cites many authorities involved in the care of dementia patients to support the argument that being party to patients’ habitation of a pleasant fiction may be a merciful, and thus ethically justified act.  She quotes Barry B. Zeltzer, an elder-care administrator, writing in the American Journal of Alzheimer’s Disease & Other Dementias: “Once the caregiver masters the art of being a good liar and understands that the act of being dishonest is an ethical way of being, he or she can control the patient’s behaviors in a way that promotes security and peace of mind.”  Certainly, there are benefits to extrapolating this line of thinking to apply to a larger palliative care context: Avoiding the disclosure of potentially devastating information to patients does avoid precipitating distress or depression that may be detrimental to the patient’s well-being.

In her article, MacFarquhar cites the work of an Englishwoman, Penny Garner, who created a system of “stepping into the reality” of patients with dementia.  That is, Ms. Garner invented a way of interacting with dementia patients in which she reflected whatever reality they were experiencing into a fictitious “scene” that encompassed and validated their misperceptions about where they were and what they were doing.  Gardner observed that patients with dementia were calmer and more purposeful while they were part of these “scenes.”  Mac Farquhar notes: “Garner’s method allowed many people with dementia to avoid panic and misery and to live out their last years in a state of happy delusion—how could that be wrong?”

In her examination of lying to patients with dementia, Nothing but the Truth: On Truth and Deception in Dementia Care, the medical ethicist Maartje Schermer provides a philosophical justification for this.  There is no productive end to truth-telling when it comes to patients with advanced dementia, she argues, because they do not have the cognitive capacity to assimilate painful truths to their reality in a way that is potentially rewarding.  As Ms. MacFarquhar notes in her article: “To lie is to violate the respect that one person owes another; but lying to a person with dementia can protect them from awful truths that they have no power to alter.”

Similarly, in palliative care, we are often tasked with disclosing serious diagnoses or telling patients that there are no disease-directed treatments available to them.  Patients or their families may ask us not to use the “C word” or to disclose a prognosis.  In some cases, patients (or sometimes their loved ones) even tell us that to hear the truth about their illness would make their existence unbearable. In effect, they are asking us as providers to participate in a fiction in which they are not sick or their illness is not serious.  Under these circumstances, it seems at best cold-hearted and at worst disrespectful for us to insist on articulating the severity of their disease.

However, MacFarquhar makes many counter-arguments to the idea that the happiness the that deception of dementia patients produces is a good which outweighs truthfulness. Many of these can be extrapolated to a larger palliative care context.  As an example, MacFarquhar cites the philosophy of the Bradford Dementia Group.  Many of the professionals in this multi-disciplinary group rejected the assumption that people living with dementia were inherently worse off simply because they had dementia.  To assume so, they argued, was to ignore the potential for people with dementia to continue to have close relationships and to interact with the world in meaningful ways, even if those ways may be changed from before.

To accept “compassionate deception” as valid in a larger palliative care context also assumes that people who have a serious illness, like those living with dementia, would be better off if they did not have to contemplate the painful truth of their illness.  Certainly, as it pertains to short-term emotional suffering, this may be true.  However, as in dementia, this view ignores the potential rewards of being able to adapt one’s perspective and lifestyle to a new normal in light of a difficult prognosis.

Many pioneers of palliative care, including Dr. Ira Byock in his book Dying Well, have written about the ways that patients who know that they have a short time left have been able focus on things that are valuable to them in ways that create new meaning and joy.  Similarly, outside of the context of dementia, the ethicist Maartje Schermer argues that lying or withholding painful truths is generally deleterious to patients.  Without hearing the painful truth, the patient will be deprived of the opportunity of “mourning it, accepting it, and struggling with it” and ultimately, assimilating it into his concept of who he is and how he would like to approach his future.

MacFarquhar presents several convincing arguments that “compassionate deception” is a valid approach in the care of dementia patients.  However, I do not believe it is an acceptable practice in the larger context of palliative care.  The differing capacities of patients with terminal illnesses and those living with advanced dementia to make meaningful use of prognostic information change the implications of truth-telling in these settings.  In the case of palliative care, engaging in deception of a patient, even with their consent, deprives them of the opportunity to come to terms with their prognosis in ways that may ultimately ease their suffering.

This is not to say that truth-telling in the larger palliative care context is a straightforward good that is always easy to achieve.  Our duty to our patients does encompass truth-telling, but that is not the whole of it.  How and when we are delivering information may shape our patients’ responses just as much as the factual content of that information.  Deception may not be a compassionate approach to palliative care, but being thoughtful about how we are speaking difficult truths, attending to our patients’ emotional responses and offering our ongoing presence and support certainly is.