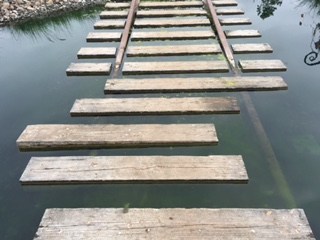 Doctors want to believe that they will die differently than the rest of the US. Just look at the
2011 essay written by Dr. Ken Murray, “How Doctors Die,” that went viral when he described that doctors are more likely to die at home with less aggressive care. To back this belief up, studies have surveyed physicians, who state that they would want a nonaggressive, comfort-based approach to care in the face of life-limiting illness. That’s all well and nice, but do they actually die differently, or do they just say they want to die differently?

Recently, two articles came out in JAMA (and nicely summarized by Pallimed) demonstrating that in reality, doctors don’t actually die that differently from others. Today, a new article published by Dan Matlock, Stacy Fischer and colleagues, adds more evidence that our preferences for a different death is unfortunately not well aligned with reality.

Using Medicare Part A claims data from 2008 to 2010, the authors compared 9,947 decedent physicians and a random sample of192,006 non-physicians. In particular they looked at days in the hospital and proportion using hospice in the last 6 months of life as primary outcome measures adjusted for sociodemo-graphic characteristics and regional variations in health care.

If you had to sum it up, it looked like physicians used a little bit more of everything near the end of life (more ICU/CCU use, more hospice use), but overall there weren’t really big differences. Just take a look at the hospice use in the last three days of life. The difference in this study was 8.1% in physicians vs 7.5% in non-physicians.

You want to see a big difference? Take a look at the newly released report by the Dartmouth Atlas and the John A. Hartford Foundation. The percentage of Medicare decedents who were enrolled in hospice care within three days of their deaths varied more than fourfold across hospital referral regions in 2012, from 6.1% in the Bronx, New York to 27.3% in Fort Lauderdale. Now that’s what I call a big difference.

And therein lies the rub and something that we have learned the hard way: while doctor’s preferences may be more focused on comfort, these preferences are often less influential than the practice patterns where the care is actually delivered.