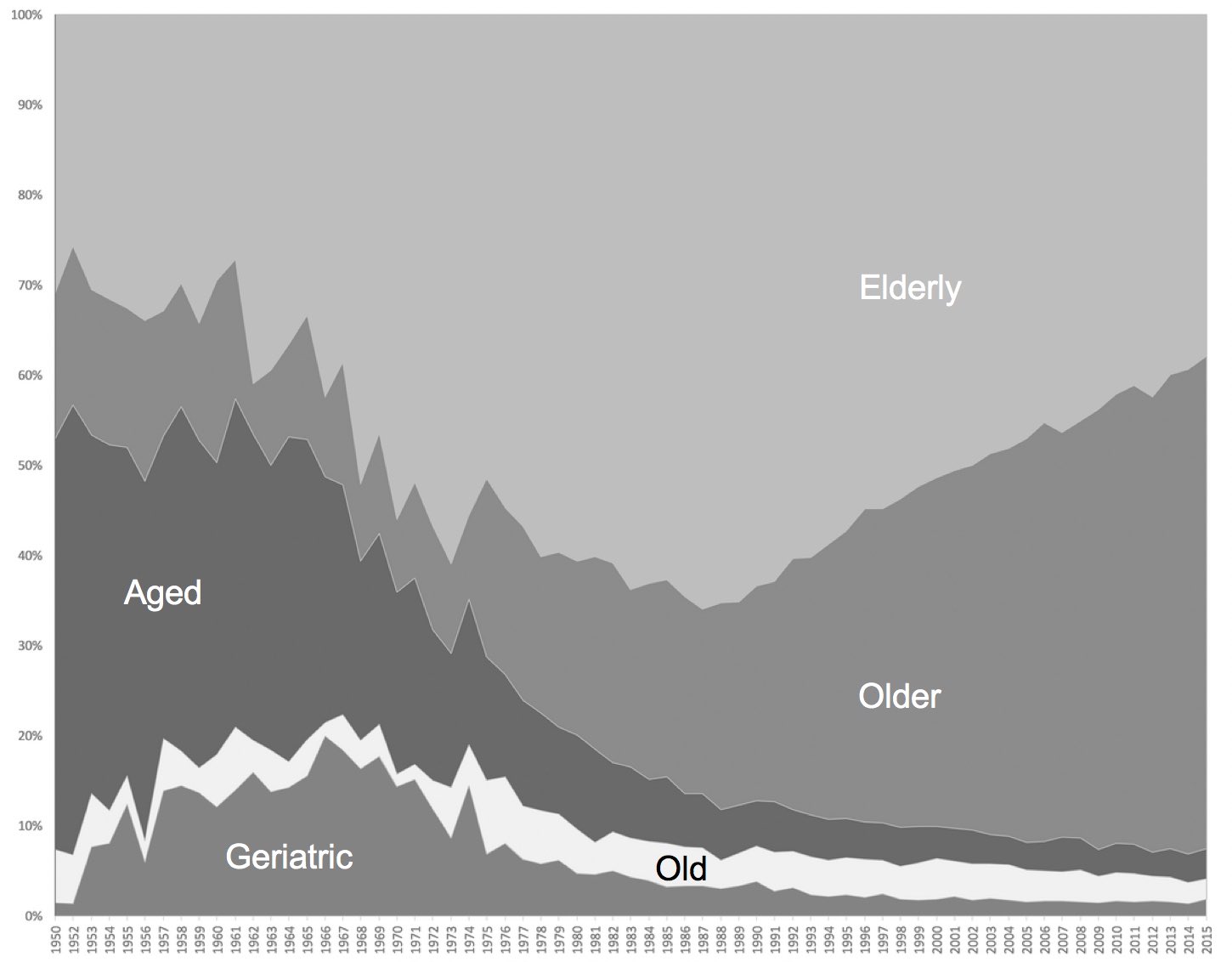 “Never be the first to use a new descriptive term for older people nor the last to give up an old one.”

This is the advice given by Laura Morrison and colleagues in the discussion section of a fascinating new study published in JAGS this week.  The authors looked at how “older people” are described in the English-language medical literature from 1950 to 2015. Specifically they looked at the use of the terms “geriatric,” “aged,” “old,” “older,” and “elderly” in Pubmed.

Here is what they found:

Alex Smith wrote about this topic in 2012, which garnered quite a bit of comments when he also advocated for the word senior (which was surprisingly lacking in this current study).   In the end, there isn’t really a right answer as language continues to evolve.

So it I’ll end this post with a quote from the article that should give us pause for advocating for any particular word to passionately:

“The meanings of many words shift with time. Unfortunately, of the categories that linguists use to classify such semantic changes, “degeneration (pejoration)”—the acquisition of more-negative or more-disparaging connotations with time—best describes the changes of many words pertaining to older people.”