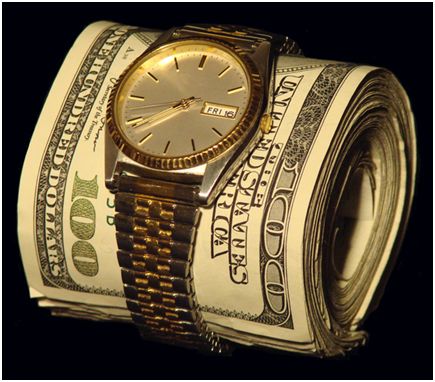 The Wall Street Journal published an article today entitled “Rich Cling to Life to Beat Tax Man.” The article describes a new wrinkle in advance care planning: “families are struggling with whether to continue heroic measures for a few more days” in order to take advantage of the ostensible temporary one year lapse in the estate tax that will begin on January 1st (experts say it is not likely that Congress will leave this lapse issue alone for long; a fix could even be retroactive if put in place soon enough). It also describes patients placing provisions into the advance directives allowing proxies to make end-of-life decisions based partially on changes in the estate tax law.

How big of a problem is this? Can financial incentives postpone or accelerate death? Do changes in the estate tax code really affect whether people live or die? In 2001, Joel Slemrod and Wojciech Kopczuk won the IgNobel prize for their paper called “Dying to Save Taxes“. In their paper they examined the timing of deaths resulting in taxable estates in the period surrounding 13 major changes in the estate tax. The results show a significant “death elasticity,” meaning that the reported date of death responds significantly to changes in the estate tax. They conclude that, for individuals dying within two weeks of a tax reform, a $10,000 potential tax saving increases the probability of dying in the lower-tax regime by 1.6%.

Along a similar theme, Joshua S. Gans and Andrew Leigh examined what happened when, in 1979, Australia completely abolished federal inheritance taxes. Using daily deaths data, they tracked the number of deaths during the final week of June and the first week of July, 1979, when the tax code changed. As a control, they used the number of deaths during for these weeks during the years 1974-1978 and 1980-2003. In the control group, there was no significant difference in the number of deaths, but in 1979, the year the tax was abolished, fewer deaths occurred during the last week of June than in the first week of July. They conclude that approximately half of those who would have been subject to the estate tax “shifted” their deaths from the week before the abolition to the week after. They also suggest that the scheduled abolition of the US inheritance tax may lead some deaths to be shifted from the last week of 2009 into the first week of 2010.

So there is some evidence that the timing of death is elastic. What does that mean for us? Well, it may mean a very busy year. According to Wendy Greenberg, a trusts and estates lawyer, the estate tax will be reduced to a rate of 0% on January 1st. This reduction is from a maximum rate of 45% for 2009, with the tax affecting only those estates of over $3.5 million ($7 million for a married couple). Congress will likely act on this and reinstitute the tax sometime during the next year, but if current law is left standing, the “lapse” lapses itself on January 1st, 2011, when the maximum rate bounces up to 55% (with the tax affecting estates over $1 million ($2 million for a married couple)). That is a lot of change for one year, adding to the difficulties of already difficult end-of-life discussions.