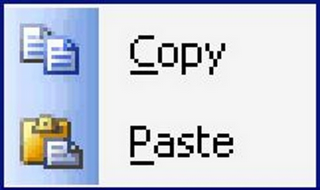 ***Warning: the below blog includes the direct Emergency Room documentation of an attempt to resuscitate a patient who died***

I understand the value that routine and standard procedure can have in medicine. For example, Quality and Safety endeavors often turn to checklists and protocols to ensure that patients receive a standard of care and that errors are not made. The same goes for the way providers document in medical records. We often follow a set format, such as SOAP for Subjective-0bjective-Assessment-Plan with progress notes. But a recent experience reading the account of how one of our Housecalls patients died left me wondering if compassion and reflection have been squeezed out by rote medicine.

We recently enrolled a 97yo woman with dementia into our Housecall program. This woman had no surrogate decision maker although she had a devoted caregiver and community case manager. Conservatorship application was submitted but had not materialized and because her goals of care had not been clearly identified, there was no pre-hospital DNR or POLST form in her apartment.

She became acutely ill one day and her caregiver called 911. She was brought to the local hospital and, understandably because she had no DNR, subsequently underwent CPR and intubation. Not surprisingly, she died despite the attempt.

The code was documented as follows (bolding by myself):

“She went from bradycardic to asystolic, code was called. While she was being ventilated by bag valve mask, she was moved to the code room and was immediately intubated. The vocal cords were visualized using a MAC 3 blade and a 7.5 ET tube was passed through the cords under direct visualization by myself. There were no complications related to the procedure. She tolerated the procedure well. She was hooked to a monitor as this was being done and noted to be asystolic. She was given 3 rounds of epinephrine and atropine with internal checking of pulse in between each dose of medication. There was never any return of spontaneous circulation with the medications, and after a period of time she maintained asystolic. . . given attempts, given her age, given the lack of response to interventions, the code was subsequently called at xx:xx”

Is it just me or do others wonder at the insensitivity and rote-ness of writing “she tolerated the procedure well” when, in all likelihood, this woman was dying or dead when intubated??