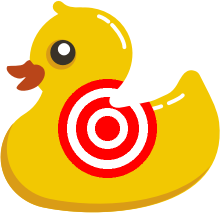 A new meta-analysis of brief cognitive tests appeared in JAMA Internal Medicine this week, and I was asked to opine on its significance. Cognitive testing is an important and complex topic already, but this had an unusual but sadly unsurprising twist.

The meta-analysis asks if there is any well-validated alternative to the Mini Mental State Exam (MMSE). Readers of this blog probably recall why many providers are looking for alternatives to the MMSE – since 2001 it has come under strict copyright enforcement, creating barriers to its ready clinical use. And in 2006, a promising new alternative, the Sweet 16 test, vanished in a haze of copyright controversy, demonstrating that copyright enforcement of the MMSE is adding new barriers to dementia research as well. Many providers have switched to the MoCA or other yet-surviving tests, but the unfortunate reality is that no test had been as widely studied and validated as the MMSE. Where do alternative tests stand now?

Fortunately, the authors found an even dozen potential alternatives with enough studies in the literature to perform meta-analyses, and several were at least as good as the MMSE at detecting dementia or cognitive impairment. We can add the Mini-Cog, MoCA, and ACE-R to our quivers as well validated cognitive screening tools.

Er, actually, scratch the ACE-R. In trying to learn more about it for my commentary I discovered that it has followed the Sweet 16 into oblivion. It had been validated in 12 studies in 12 different countries around the world – work all now wasted.

Now, maybe the ACE-R’s Australian authors should have known better. The test includes all of the questions on the MMSE, interspersed among many others that address the MMSE’s deficiencies in executive function and sensitivity for mild impairments. But the ACE-R was published in 2000 (and was probably created years before that), back in the “benign neglect” days of the MMSE’s copyright. And isn’t this how medical research is supposed to work anyway? Iteratively improving on prior work? Building on best practices? Standing on shoulders? Isn’t that how the MMSE itself came into existence? Isn’t the purpose of copyright to promote the advancement of art and science?

Which test is next? Is the MoCA or SLUMS safe? Have other tests already quietly been disappeared? Would any bright young researcher risk their career making a better cognitive test? Should governments be content with research dollars being wasted? Does copyrighting a medical procedure even make sense? What can we do?

[It was surprisingly hard to find an open access shooting-gallery duck. The beautiful duck above is from the public domain collection at openclipart.org, created by PrinterKiller. With my hand-crafted red and white additions, I hereby designate the modified image as public domain as well.]
Articles 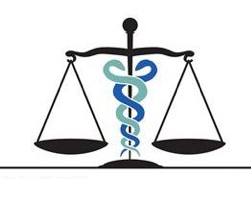 The Need for Medical-Legal Dialogue in Care of Older Adults

“They are just so judgmental and hard to talk to.… Metal on Metal Hip Replacements: A Tragic Failure of the FDA Regulatory Process

Hip replacements are a miracle of modern medicine.  They restore…