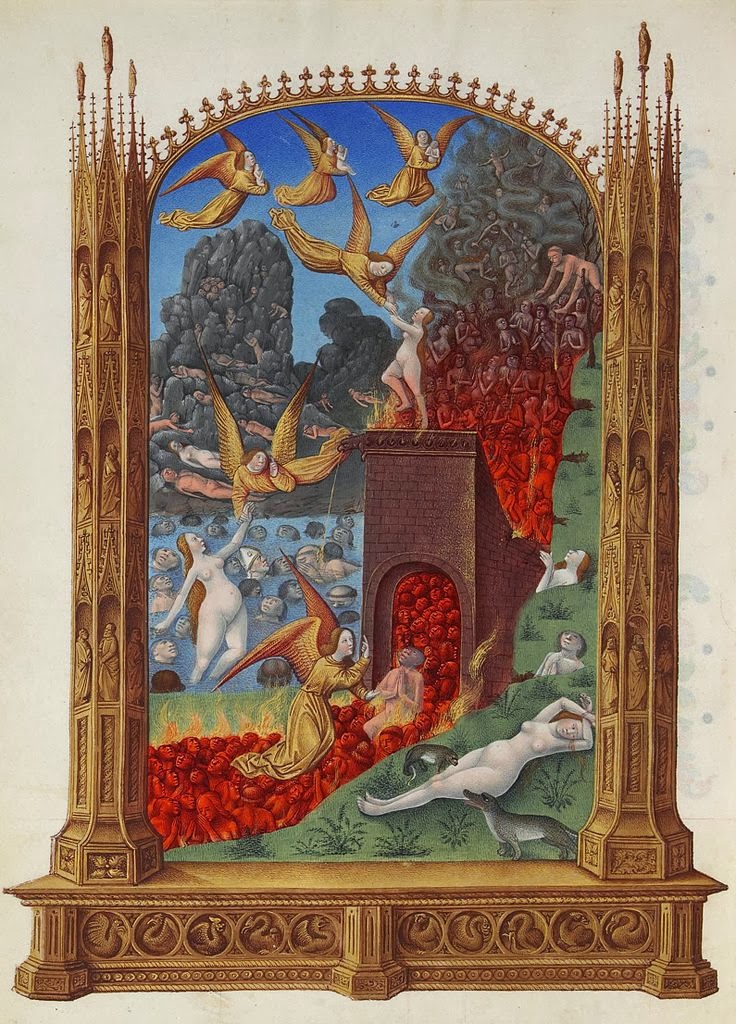 A 92-year-old woman with a history of stroke comes to an emergency department and is found to have fractures of her cervical spine. Neurosurgery sees her but doesn’t think she needs surgery. The emergency department physician tries to admit her to the hospital as she has a new functional disability due to the fall but the hospitalist refuses as the patient doesn’t meet criteria for inpatient admission. And there she sits for another 23 hours while her fate is being decided… She has now entered a new state in modern medicine: purgatory.

“Purgatory” can be defined as “a place or state of temporary suffering or misery.”   This is a very apt description, used in a recent JAGS article byTimothy Platts-Mills, Scott Owens, and Marvin McBride, for what happens when patients are seen in the emergency room for an non-surgical injury but don’t meet standard hospital admission criteria (as detailed in the InterQual guidelines) and can’t safely return home because of new functional difficulties from their injury.   I’ll lay out a brief summery of some of the options in these situations, although you should really go to the paper (here in JAGS) as it does a really wonderful job describing many of the issues for each type of placement.

OPTIONS FOR THE INJURED OLDER ADULT IN THE EMERGENCY ROOM

1) Admit the patient to the hospital: the problem lies in the fact that many of these older adults with non-operative injuries may not meet inpatient criteria despite having new functional limitations that prevent them from going home safely. Some doctors may try to build a case for an admission, but this may require a lot more testing and interventions than the injured older adult actually needs. Even if they do get admitted, they run all the risks of inpatient admission including hospital associated disability, poly-pharmacy, delirium, and hospital associated infections.

2) Place them under “Observation”: the goal is to create a short-stay, observation status (not quite inpatient, not quite outpatient) to evaluate an outpatient’s condition or determine the need of an admission to the hospital as an inpatient. However, Sheehy and colleagues found that 17% of observation patients stayed more than 48 hours, and 1 in 4 stayed longer than 48 hours for those admitted to the hospital under “observation status”.   Older adults with a new non-surgical injury are likely going to be in the hospital longer than just 24 hours because of new functional limitations due to the injury, as well as lack of good discharge options as observation doesn’t count for as part of the 3-day qualifying stay for Medicare paid skilled nursing facility.  Furthermore patients don’t like it because of a high copay with observation stays (see this New Old Age post) and hospitals don’t like it as reimbursement for observation patients generally falls below the costs of a stay.

3) Skilled nursing facility (SNF): this may be a good option as it is focused on regaining function, the problem is that it just takes too long to get individuals into SNF care and for most elderly, the cost of skilled nursing facility care isn’t covered without 3-day qualifying inpatient stay (which doesn’t include observation status days).  So it is only the rare occasion when a patient is placed in a SNF directly from the emergency room.

4) Discharge home with additional support: this option is probably where most older adults want to be but the challenge is to get the right care into someone’s home takes some time and also takes money, something that is often in short supply in the emergency department.

The authors of the article though give some possible ways out of purgatory. The most viable options they discuss include 1) expediting access to skilled nursing facilities by changing policy to allow for coverage of short-term access to skilled nursing care directly from the emergency department, and 2) developing ways to get rapid access to home health care. ACO’s are touted as one way to make the changes happen through the Shared Savings Program.  Here is a quote from the article:

“If holding open a few SNF beds for direct admissions from the ED results in Medicare savings by avoiding unnecessary hospital stays, then some portion of those savings might be given back to the facility to cover the cost of keeping the beds available.”