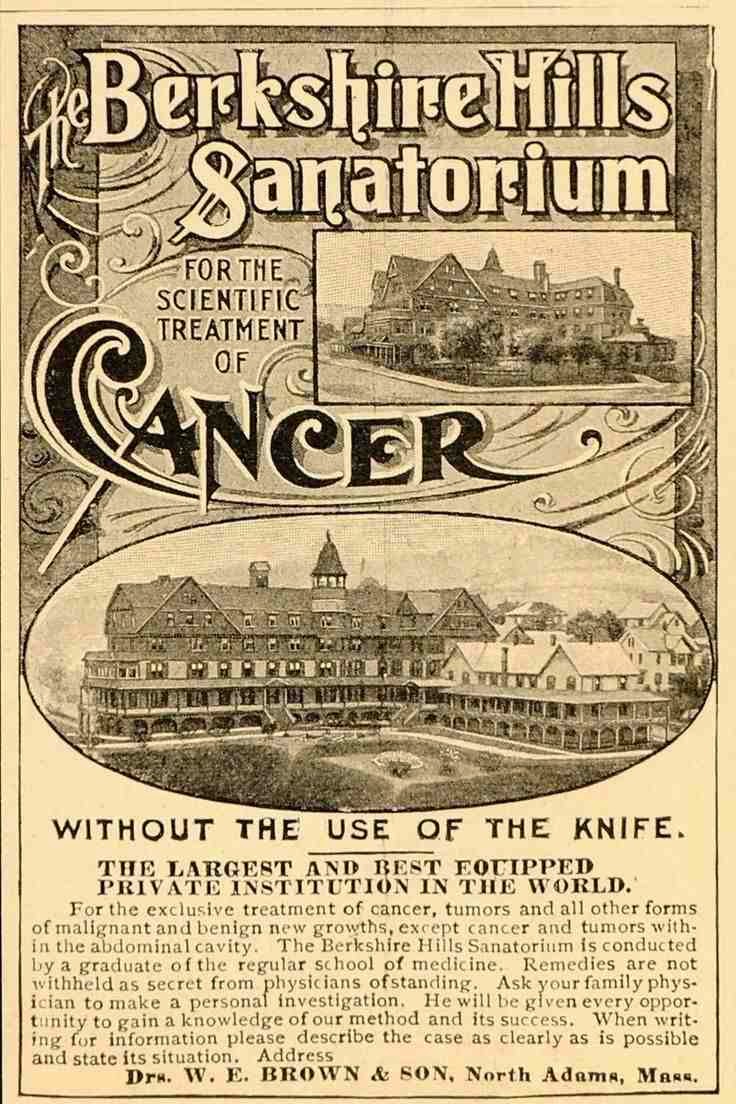 The majority of cancer patients with incurable stage IV lung or colon cancer think that the chemotherapy they are receiving might cure them.  This was the finding of a study that we discussed in a previous GeriPal post.  Much was discussed about the failure of prognosis communication and the potential role that denial played in the outcome of this study.  But open up a magazine or turn on the TV and you find some other force at play, one that is in the business of selling hope and fear.  One that is best summed up by the following quote from a cancer center advertisement:

“My doctor back home gave me ONLY a few weeks to live. That’s when I made the ONE decision that saved my life. I went to [X cancer center]. That was seven years ago. And counting”

We have written about potentially deceptive cancer center advertisments like this in the past, but a recent Annals of Internal Medicine article for the first time helps quantify the practices that these centers are using to bring in patients and referrals.  The authors set out to characterize the informational and emotional content of direct-to-consumer cancer center advertisements. They looked at local and national advertisements in the top 269 U.S. consumer magazines and on 44 television networks in 2012 to evaluate:

The authors found in their sample that 102 cancer centers included the following content in their direct-to-consumer advertising:

Cancer centers, even the most prestigious and academic ones, have positioned themselves to be in the business of selling hope.  If you don’t believe this study, just do a quick youtube search for both subtle and not so subtle references that play on both hope and fear:

Cancer Center #1: “I was given three months to live…”

Cancer Center #3: “Your best chance of winning is here”

We are fortunate today to interview two oncologists whose research…