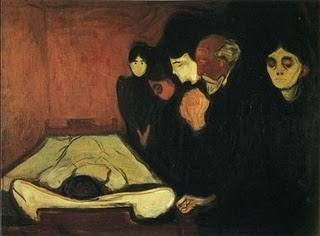 Dr. Widera is quite right: ordinary grief is not an illness, has adaptive value, and does not require professional treatment. But grieving persons are not immune to major depressive disorder (MDD), and, indeed, bereavement is a common trigger for MDD. There are, nevertheless, substantial differences between grief and MDD, and experienced clinicians will be able to tell the difference. The elimination of the bereavement exclusion from DSM-5 will not change that. Let’s consider the following scenario:

Mr. Smith is a 72-year-old retired businessman whose wife died of cancer 3 weeks ago. He visits his family doctor and says, “I feel down in the dumps and weepy every day, Doc—really lousy! I don’t get any pleasure out of anything anymore, even stuff I used to love, like watching football on TV. I wake up at 4 in the morning almost every day, and I have zero energy. I can’t keep my mind on anything. I barely eat, and I’ve lost 10 pounds since Mary passed away. I hate being around other people. Sometimes I feel like I didn’t really do enough for Mary when she was sick. God, how I miss her! I can still cook for myself, pay the bills, and so on, Doc, but I’m just going through the motions. I don’t enjoy life at all anymore.”

Though it’s still early after his wife’s death—and some clinicians may want to defer a final diagnosis for another week—all clinicians should be very concerned about Mr. Smith. He easily meets DSM-IV (and now, DSM-5) symptom and duration criteria for MDD. (A previous bout of MDD in his history would strengthen the likelihood, as would several other clinical findings I have omitted). And yet, under the present DSM-IV “rules,” Mr. Smith probably would not be diagnosed with a major depressive illness. He would simply be called “bereaved.” Why? Because he is still within the 2-month period that allows for use of the bereavement exclusion; and because Mr. Smith doesn’t have the DSM-IV features that allow the clinician to “override” use of the BE; namely, severe functional impairment, suicidal ideation, psychosis, morbid preoccupation with worthlessness, or extreme guilt. It’s important to note that the DSM-IV exclusion rules did not apply to any other type of loss, such as losing one’s job or becoming homeless. Ironically, if Mr. Smith’s wife had left him for another man, he would meet MDD criteria, using current DSM-IV rules!

Many of us who have specialized in the treatment of mood disorders found the DSM-IV criteria not only illogical, but also inimical to good clinical care. We were concerned that many bereaved patients like Mr. Smith–who meet all symptom and duration criteria for MDD, but who happen to have lost a loved one within the past two months– would be shunted out of the mental health care system. In the view of many (though not all) mood disorder specialists, the risk of overlooking MDD, with its high potential for suicide, far outweighs the less serious risk of “over-calling” MDD—the so-called “false positive” scenario.

The elimination of the bereavement exclusion (BE) by the DSM-5 does not mean that “grief is now a mental disorder,” as some have claimed. Nor does it mean that anyone who is grieving within two weeks of a loved one’s death—i.e., most people!—will be diagnosed with major depressive disorder. (Two weeks is the minimum duration required for MDD, under DSM-IV and DSM-5 criteria). First of all, studies have shown that most bereaved persons will not meet full DSM-5 criteria for MDD. Second: it would be extremely rare, in clinical practice, for a bereaved person to seek psychiatric care within two weeks (or even a month) of the death of a loved one, unless something very unusual or dysfunctional were going on—for example, the bereaved person has developed a psychotic-level disturbance; is severely incapacitated; or has become suicidal–in which cases, the bereavement exclusion would not apply anyway. And, contrary to the strident claims of some, nothing in the diagnosis of MDD will prevent bereaved patients with MDD from receiving the love, support, and solace of family and friends.

To be sure, physicians and other health care workers need a much better understanding of the key differences between ordinary grief and major depression. For example, bereaved persons with normal grief often experience a mixture of sadness and more pleasant emotions, as they recall memories of the deceased. Anguish and pain are usually experienced in “waves” or “pangs,” rather than continuously, as is usually true in major depression. The grieving individual typically maintains the hope that things will get better. In contrast, the clinically depressed patient’s mood is almost uniformly one of gloom, despair, and hopelessness–nearly all day, nearly every day. The bereaved individual usually maintains a strong emotional connection with friends and family, and often can be consoled by them. The person suffering a severe major depressive disorder is usually too self-focused and emotionally “cut off” to enjoy the company of others. Indeed, Dr. Kay R. Jamison has pointed out that “The capacity to be consoled is a consequential distinction between grief and depression.” My colleagues and I are now developing a screening questionnaire (the PBPI) based on these distinctions. We don’t yet know the final wording of the DSM-5 text, which we hope will emphasize and clarify the distinctions between ordinary grief and major depression.

I would urge readers of GeriPal to take a look at the excellent piece by Dr. J. Sloan Manning, in the September 7, 2012, Psychiatric Times, from which I provide a few excerpts. Dr Manning is Co-director of the Mood Disorders Clinic at the Moses Cone Family Practice Center in Greensboro, NC. Here is what he wrote:

“I write this as one in the midst of bereavement, having lost my dear mother several months ago… During the last year of her life (in rehab facilities and briefly in a nursing home) we were never closer. I still avoid driving by the nursing home. I still wake up at night occasionally tearfully thinking of her. I cook a lot of pot roasts in the old cast iron Dutch oven she made famous. I am converting a home office to a guest bedroom filled with family memories. I am not ill. I am grieving. It doesn’t look like illness. It doesn’t need to be treated like illness. I can’t believe anyone would mistake it for illness, especially an experienced clinician. But if I were ill and grieving, I would expect my health care providers to understand that the two concepts are not mutually exclusive, and I would expect them to offer help for my illness . . .Part of my practice is in a mood disorders clinic in a family practice residency…I cannot remember a single instance in this setting where the [bereavement exclusion] saved the day, preventing the unnecessary use of medication for a non-illness. In situations in which previous ill episodes were absent, symptoms were mild, and cognition and function were preserved, we would always choose the path of supportive and cognitive psychotherapy, and bibliotherapy or other non-pharmacological means as primary interventions. However, in patients with severe symptoms or those with documented histories of Axis I illness, we would never ignore the reality that intact affective control systems are a requirement for successful negotiation of grief.”

In conclusion: eliminating the bereavement exclusion means essentially this: the death of a loved one–a common precipitant of major depression—-will no longer be a “disqualifying” factor in diagnosing MDD, within the first few weeks after bereavement. This emphatically does not mean that we should be starting everyone with bereavement-related MDD on antidepressants! Some depressed and bereaved patients will heal and recover with “tincture of time”; some will benefit from cognitive, supportive or grief-oriented psychotherapies. More severely depressed, grieving patients–those, for example, with melancholic features or pronounced suicidality–may require concurrent medication and psychotherapy.

No, indeed: we must not “medicalize” normal grief. But neither must we “normalize” major depression, simply because it occurs in the context of bereavement.

Acknowledgments: Thanks to Laura Dunn, MD and Sidney Zisook MD, for suggestions on earlier drafts of this blog; however, the views expressed here are my own.

Disclosure statement: Dr. Pies reports no financial or other conflicts of interest with respect to the content of this piece. He has had no official role in the DSM-5 development process, or any formal connection to the DSM-5 committees. He receives no monies from any pharmaceutical companies. A formal disclosure statement may be found at: http://www.psychiatrictimes.com/editorial-board