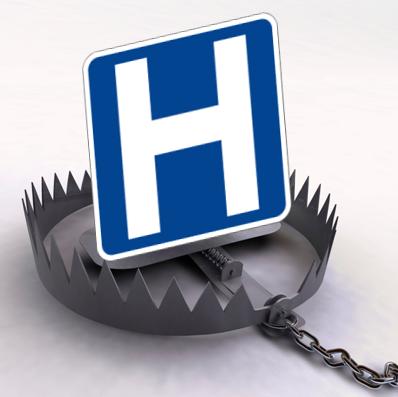 There is an important study in the current issue of the Journal of the American Geriatrics Society. This study addresses a rather fundamental question: How do older people spend their time when they are hospitalized? The answer is rather disturbing. They spend the vast majority of time bedbound. The study was led by Cynthia Brown from the Division of Geriatrics at the University of Alabama, Birmingham.

It is well known that hospitalization is a very vulnerable period for older persons. Many elders who are hospitalized for seemingly routine illnesses leave the hospital with a major new disabilty that threatens their ability to live independently. This happens even though the medical problem that resulted in hospitalization is resolved. Most studies suggest that about 1/3 of medical hospitalizations in persons over the age of 70 will result in a major new disability—this risk is over 50% in patients over age 85. Many Geriatricians believe that the type of care provided in the hospital contributes to the development of disability. A chief concern is bedrest. Older people seem to weaken quickly when confined to bed, and a number of studies show rapid loss of muscle mass in elders confined to bed.

Dr. Brown’s elegant study asked how older persons spend their time when hospitalized for a medical illness. She attached wireless accelerometers to 45 older patients shortly after their admission. This allowed her to determine how often patients were lying down, sitting, and standing or walking. The subject selection for this study was notable because Dr. Brown only included subjects who should have been mobile. All subjects were walking prior to hospitalization. Even at the time of admission, 78% of subjects were able and willing to walk without assistance. None of the subjects had severe cognitive impairment or delirium.

So, how did subjects spend their time? On an average day elders spent:

Again, recall that this study targeted the older patients who were most able to be out of bed.

This study raises fundamental issues about the quality and processes of care for older patients hospitalized with medical illnesses. It seems quite probable that this degree of immobility contributes to the very high rates of disability we see following medical hospitalization in older persons. While this study was done at one hospital, I strongly suspect this pattern is typical of most US hospitals. I believe the results would be similar at my hospital.

As clinicians, we need to think about what we can do to prevent immobility in our older patients. No patient who is capable of sitting should be lying in bed all day. At a minimum, we need to get our patients out of bed and into a chair. We need to think about the restraining effect of devices such as IV poles and urinary catheters, which we know are kept in too long. It is time to make mobilization a key quality of care indicator for hospitals. Accrediting organizations like JCAHO can play a positive role in this. Wouldn’t it be great if JCAHO inspectors walked around medical wards and asked why patients were lying in bed?

We also need to be sure that other policies, such as penalizing hospitals for inpatient falls, does not have the unintended consequence of reducing mobility. We also need to accelerate efforts such as Acute Care for Elders Unitsto redesign the processes of hospital care in older persons.