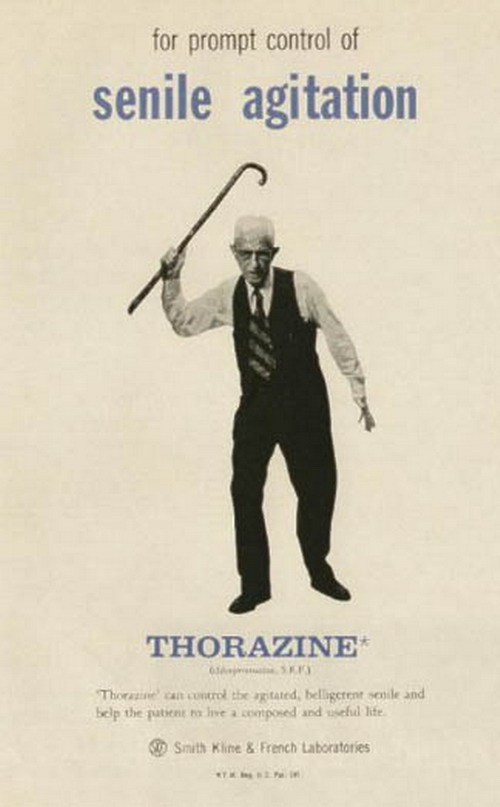 Antipsychotics are often used to treat delirium, although the evidence behind their efficacy is pretty minimal.   That evidence is even worse when it comes to patients with advanced illness or those nearing the end of their lives.    This week’s JAMA IM gives us the first placebo-controlled trial of two antipsychotics, risperidone and haloperidol, in relieving symptoms of delirium associated with distress among patients receiving palliative care.   The results do not look good for antipsychotics.

This was a randomized controlled, double-blind clinical trial done in eleven Australian inpatient hospice or hospital palliative care services.  Patients all had life-limiting illness, delirium, and symptoms of delirium that are associated with distress (inappropriate behavior, inappropriate communication, and illusions or hallucinations).

The participants received either placebo or pretty conservative age-adjusted doses of oral risperidone or haloperidol every 12 hours for 72 hours, titrated based on symptoms of delirium.   All of the patients, no matter what they were randomized to, receive individualized treatment of delirium precipitants and other measures (hydration, vision and hearing aids, presence of family, and reorientation).   Subcutaneous midazolam was available to all groups if required for severe distress or safety.

In the primary intention-to-treat analysis, those who received risperidone or haloperidol had significantly worse delirium symptom scores and delirium severity scores than those among participants in the placebo arm.

Not only did they have worse delirium scores and severity scores, the antipsychotic group had more extrapyramidal effects and worse overall survival (although for risperdone this didn’t reach significance).

Lastly, use of rescue midazolam was significantly lower in the placebo group versus those who took an antipsychotic.

I’ll just finish up with a quote from the accompanying editorial:

“Using antipsychotic drugs to treat delirium in terminally ill patients, not only are they not reducing distress but they are in fact worsening patients’ symptoms.”

While that sums up my thoughts nicely, I do have to wonder though about the use of a benzodiazepine as a rescue medication, and how that influences the results of the study.   The overall consensus is that we should avoid benzodiazepines in delirium except for very limited indications (i.e. alcohol withdrawal, seizures).   Even when using it for “terminal” delirium, the use of benzodiazepines is questionable as it really is a diagnosis done in hindsight (you only really know its terminal delirium when someone died with delirium).  Use of a benzodiazepine probably made the situation even worse for the group that used more of it (the antipsychotic group), but it probably doesn’t change the fact that antipsychotics made people initially do worse so they needed more of the rescue.

The other very big caution is not to generalize these results outside of those included in this study.   These folks were sick.  I mean very sick.  Median survival in the placebo group was 26 days compared to 16 and 17 days in the haloperidol and risperidone groups.   The Kaplan-Meier Survival curve for all groups, including placebo, looks like a line art drawing of the White Cliffs of Dover.

Is there a role of antipsychotics for healthier individuals with delirium in which we are not making things worse by giving a benzodiazepine as a rescue?  Maybe.  Maybe not.   Not sure I can say so with the results of this trial.

What do you think?